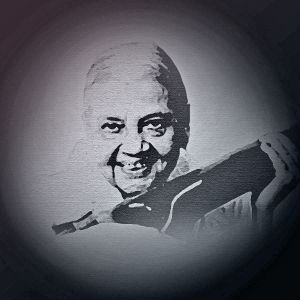 Then the chance came when All India Radio opened a station in Cuttack in 1948. “I put on a shirt and a pair of trousers, slipped out of the house and headed straight there. Candidates were being called in for auditions but since my name was not enlisted, the day went by and no one called me. At last an official asked me, ‘Why are you sitting here, child? Do you want to sing?’ ”As a child, when Sunanda Patnaik expressed her desire to be a singer the wish raised eyebrows all around. “Tu geeta gaibu? Baiji hobu na kana (You will sing? Do you want become a courtesan)?” relatives and neighbours exclaimed. But little Sunanda would not be deterred. “One day, I burst out: ‘I will go wash utensils in the courtesans’ houses if that’s what it takes to learn how to sing.’” She had access to neither music nor a teacher.

Patnaik knew very few songs. “When the judges asked me to sing whatever I knew, I sang a nationalist song: Bade chalo kisan veer, bare chalo mazdur veer. The judges were delighted.”

But getting home was a problem. It was past sundown and from outside she could hear her mother threatening to break the limbs of the wildest of her 10 children. “So I crossed the back wall and sat atop a guava tree behind the house. Hours went by and mother’s tone became fearful of my fate. Then I gathered courage and went in. She was too relieved to beat me then.”

No one at home believed that 14-year-old Sunanda had cleared the AIR auditions. So it was a moment of triumph when the contract arrived two months later, fixing her fees at a princely Rs 17. Deciding what to sing was a headache. Her father Baikunthanath, a school teacher and a President’s Award-winning poet, bought her a chapbook of the lyrics of Meerabai, Surdas and Tulsidas bhajans. She would sing them in tunes as she fancied.

One day the governor of Odisha Asaf Ali (the husband of freedom-fighter Aruna Asaf Ali) heard her on the radio and sent for her. So off went the fearless girl who had once caught a snake with bare hands to sing before the governor who used to stay in Cuttack in those days. He was so pleased with her that the teenager became a fixture at Raj Bhavan whenever the governor had guests.

One summer, President Rajendra Prasad came to Puri and put up with the governor at his summer retreat. By then, Sunanda’s father had got transferred there. So Sunanda, then a student of Class X, was summoned to sing for the President. At the end of her recital, he asked who her teacher was. On hearing she had none, the surprised President asked if she wished for a specific guru. “A few years earlier Pandit Vinayak Rao Pattavardhan had come to Cuttack for the AIR Sangeet Sabha and his Durbari Kanara still echoed in my ears. So I promptly named him. Such was my luck that he turned out to be the President’s friend.” Rajendra Prasad also granted her a monthly stipend of Rs 50, to which Ali added Rs 25 from his discretionary fund.

“But my father said he would let me travel to Pune for music lessons only after I passed matriculation. So it was a year later that I got to pursue my dream of learning classical music.” 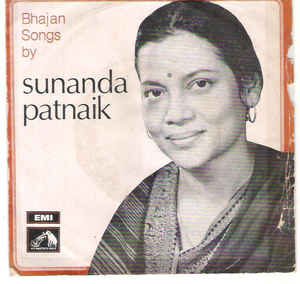 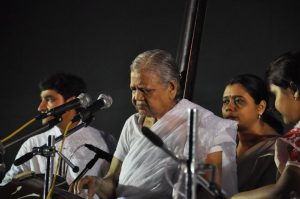 Lodging was arranged at an orphanage. “Guruji’s tuition fee was Rs 35 and the orphanage charged Rs 36. That left me with Rs 4 every month. The orphanage served only two rotis a day with boiled pumpkin, jaggery, salt and chilli. A doctor friend of guruji one day warned me that I’d soon get tuberculosis. Milk was beyond my means. Asking home for funds was out of question. So I started buying Ovaltine for Rs 3.50.”

Patnaik’s days of hardship ended when in early-1956 the Pune school granted her the M. Mus degree in four years instead of the usual nine.

But back in Odisha she had no audience. “The only music the Oriyas appreciated was the crude local songs. People ridiculed me for learning classical music. My only outlet was the radio recitals. It helped that the government granted me a stipend of Rs 150.”

The turning point was an invitation to perform at the All India Sadrang Sangeet Sammelan in September 1957 in Calcutta. General secretary Kalidas Sanyal, who had heard Patnaik on the radio, wrote to her, adding that she would be paid nothing more than the travel expense. Patnaik did not mind. “Imagine a rookie being called to perform on the same stage as the doyens!”

But the accompanists were hardly thrilled. “Karamatulla Khan (veteran tabla player) scoffed at me when he heard I was from Odisha and left the green room with others when my turn came. That meant I was left rehearsing with a second class tabla player. Thankfully, Sanyal heard us and requested senior accompanists Kanai Dutta (tabla) and Mohd. Sagiruddin (shehnai) to play with me.

Next up after Patnaik would be Ustad Vilayat Khan. As she took stage she was faced with an audience headed out for a break before a big recital. “I prayed to god and started singing Jayant Malhar with my heart and soul to an empty Mahajati Sadan. It must have been divine intervention that it started pouring in September and people were forced to come back indoors. By the time I reached antara, Khan was exchanging surprised glances with Dutta. When I entered the drut phase, people stood up on their feet. And then as my high-speed taranas started they were up on chairs. After I ended, there was a thunderous ovation followed by a surge of people backstage. I was scared but Sanyal said they were coming to praise me. But it was him that they gheraoed, demanding that I be allowed to sing again the next day. He tried to reason with them but they would not take no for an answer. The next evening, the same scenes were repeated and Sanyal was forced to allow me to sing for the third night. I was gifted 13 gold medals, which was how people expressed their appreciation for singers at such festivals. I pleaded that I would rather have cash to help my large family. So I went back with a lot of love, respect and Rs 1,370. Gold was Rs 100 per bhari in those days.”

This bond that was formed with Bengal would finally make her want to settle in Bengal. “I had to travel here so many times for concerts that I thought it would help to settle here. Nowhere in the world are listeners as sensitive as Bengalis are.”

On coming to know of her wish, Odisha chief minister Janaki Ballav Patnaik put in a request to his West Bengal counterpart Jyoti Basu. Thus she was granted a plot in the then-uninhabited Purbachal.

“PWD minister Jatin Chakraborty was reluctant to give me the land claiming it would be unsafe for a single woman to stay here. When I insisted he demanded Rs 2.47 lakh. I requested that I be allowed to pay in installments. So his department added Rs 1 lakh to the bill as interest.” Finally the first resident of Purbachal moved in in 1983.

Patnaik is fond of the housing estate where she is a permanent presence on stage at the inauguration of Purbachal Utsav. The grande dame of Hindustani classical music who is respected as much for her powerful voice as for her no-nonsense approach and plainspeaking runs a school at her residence where she teaches some students in the weekends. “People love me here,” she says.

Her only regret is that the people of Bengal did not utilise her presence. “I would have been happy to teach free to promote the cause of classical music which today is in as sorry a state as the silt-choked Ganges.”

Even now, every morning, the 77-year-old follows a strict regimen — meditation before an idol of Sankatmochan followed by hours of rigorous riyaz. “Music is my blind man’s stick,” smiles the lady in white.