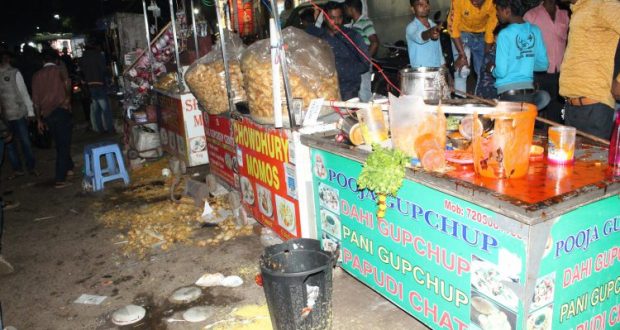 According to reports, the attack took place at around 6.30 pm when 30-40 masked men entered the market and started charging the street vendors who came in their way. They even ransacked the shops.

“Earlier yesterday, some groups had attacked a trader who used to sell watches. Though the matter was resolved, around 30 youths attacked some traders and destroyed shops in the market,” said a local trader.

Another trader, who sustained injuries in the attack, said that “The miscreants attacked majority of traders and we do not know the exact reason behind the attack.”

“We do could not react as the youths entered from one side, attacked everything that came in their way and fled the spot,” said another trader.

In a tweet, Commissionerate Police informed that the clash occurred after there two customers were allegedly misbehaved by a shop owner. Two persons have sustained injuries in the incident and already two persons have been arrested.