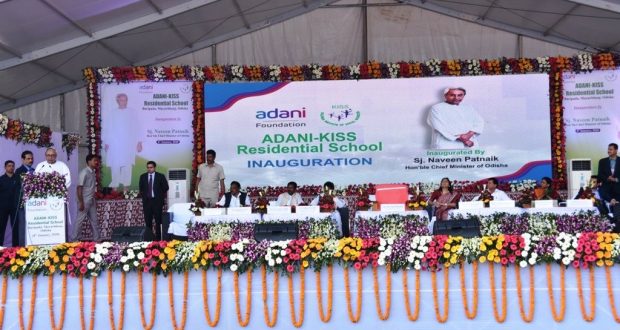 Addressing the huge gathering, the Chief Minister said, education is empowerment and by means of education real change can be achieved in the society. The Odisha CM, in his address, also praised the steps taken by the Adani group in this direction.

Dwelling upon the initiatives taken by his government towards the development of the students, Patnaik said nearly 6 lakh students are studying at as many as 6500 schools across the state.

Due to such initiatives, the students are achieving success worldwide, he added.

He concluded by saying that many other projects are in the pipeline and the district will find a prominent place in the map of Odisha in the coming years.

2020-01-08
Editor in chief
Previous: NALCO honours Achievers from various fields to celebrate 40th Foundation Day
Next: Eight North-Eastern states to participate in the Madhavpur Mela of Gujarat in April