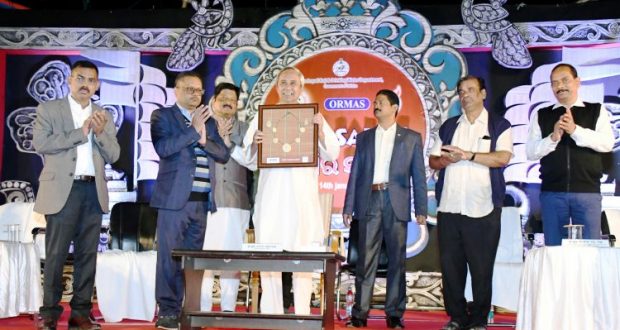 This is being held at the IDCO Exhibition ground here in which over 300 stalls from various parts of the country have participated. The stalls from the northeastern states, Chhattisgarh and Uttar Pradesh have been included by ORMAS which are widely appreciated by the visitors for their products.

The bamboo crafts from the northeastern states have become a craze among the people who thronged the ground this evening to purchase the commodities. The Kashmiri winter garments have also become a favourite among the customers.

The organizers have also organized fashion shows displaying the various designer garments from different states. A number of agencies like Mission Shakti, Khadi, and handicrafts board and other organizations have participated in the function. 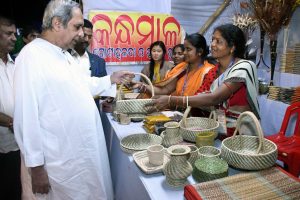 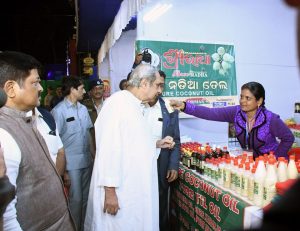 While taking a look at the stalls, Chief Minister Naveen Patnaik purchased turmeric from Kandhamal, coconut oil from Sakhigopal and flower basket made from Sabai grass.

Jharana Sahu and Sunita Sahu, the women entrepreneurs expressed their happiness that Chief Minister Naveen Patnaik chose to buy turmeric from their stall. They said they did not believe that they would take money from the CM for their products and would have a close look at their dear leader. The Sabai grass businesswoman Jayanti Mohanty was also extremely pleased that the CM bought her product.

2020-01-04
Editor in chief
Previous: Odisha Government on Saturday effected a reshuffle in the Odisha Administrative Service
Next: As many as 133 Hindu pilgrims from Pakistan’s Karachi visited the Puri Srimandir