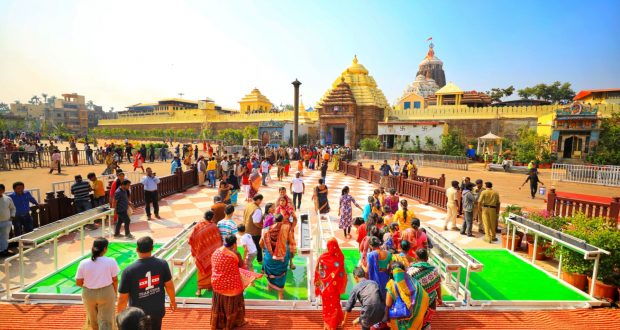 in District Diary January 4, 2020 Comments Off on As many as 133 Hindu pilgrims from Pakistan’s Karachi visited the Puri Srimandir 804 Views

Puri: 48/18/20:As many as 133 Hindu pilgrims from Pakistan’s Karachi visited the Puri Srimandir on Saturday to seek blessings of the Holy Trinity.

According to reports, the pilgrims including 70 male, 50 female, and 13 children reached Puri last night at around 9 PM and stayed at Nayak Plaza. The pilgrims from the neighboring country today visited the Shree Jagannath Temple and took the blessings of the Trinity Lords.

The group of Hindu pilgrims had departed from Pakistan on December 27. Before visiting Jagannath Temple in Puri, the team had gone to Mathura.

It  is also reported that the team will be felicitated by the Odisha International Centre on January 5.