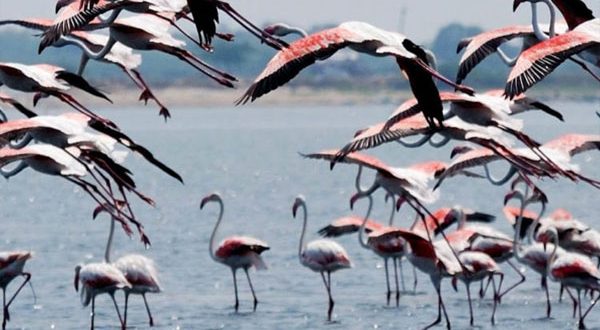 in District Diary January 3, 2020 Comments Off on Annual census of migratory birds in Chilika lagoon conducted by the CDA concluded 1,464 Views

The bird census revealed the presence of around 10.47 lakh  birds, which is 1.8 more than last census. As per the census report more 3.7 lakh birds of 114 species have arrived in Nalabana this winter.

As many as 145 people including research scholars and bird lovers of the state participated in the enumeration. The participants were divided into 29  groups. Experts have earlier conducted a training programme on census methodology at Wetland Research Centre, Chandraput.

Chilika Lake receives migrants from a wide range of breeding grounds extending from north, central and east Siberia, China and Mongolia, and west Asian countries such as Kazakhstan.

2020-01-03
Editor in chief
Previous: Oversight Authority has expressed satisfaction over the progress of the projects
Next: Wellness Redefined Services Pvt.Ltd. started their operations with first of its kind service through ‘Ask4Test