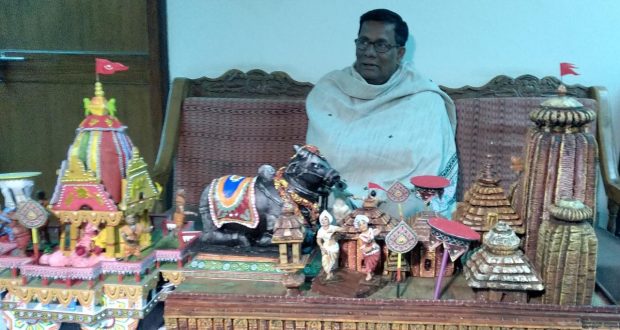 BHUBANESWAR, 2/1/20:  Odisha tableau that will participate in the Republic Day parade here on January 26 will showcase the state’s rich culture and heritage. The tableau will have the structure of Rukuna Rath and the 11th century Lingaraj Temple.

Ashokastami is celebrated during March-April close to the ancient Lingaraj temple in the Old Bhubaneswar.

Odisha tableau is participating in the Republic Day parade at New Delhi for the fourth time this year. First time in 2009 Khandagiri and Udaygiri caves were showcased and second time in 2016, it was Boita Bandana and in 2017, it was Dola Yatra.

The entire structure will be 45 feet long, about 16 feet high and 14 feet wide. A theme song of 65 seconds has also been composed that will be played when the tableau will be move during the march. The song has been composed for Lord Shiva and has the traditional Odia music as its background score, said artist Gajendra Sahu, who has designed the Odisha tableau this time.

‘JAWAD’ weakened into a Deep Depression and lay centered at 5:30 PM over the west-central Bay of Bengal