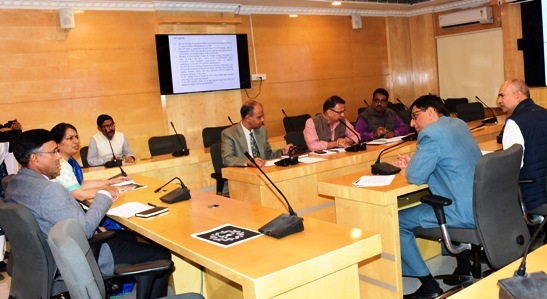 in Sports January 2, 2020 Comments Off on Odisha Government has decided to organise 25th All India Forest Sports Meet in Bhubaneswar 1,098 Views

This was decided in a high-level meeting held under the Chairmanship of Chief Secretary Asit Tripathy in Lok Seva Bhawan conference hall today wherein Principal Chief Conservator of Forests Sandeep Tripathi presented details of this national event for discussion.

Giving nod to the proposal, Chief Secretary Asit Tripathy directed to organise the sports in a manner that would add to the goodwill of Bhubaneswar as a growing sports capital. Further, the Chief Secretary directed the Sports & Environment Departments to tie up with OTDC for integrating this prestigious national event with Odisha Tourism. OTDC was directed to plan different tour packages and put it on the website for the sportspersons, their fans, and family members.It was decided that the Sports Meet would be inaugurated at Kalinga Stadium on 3rd March. Different sports events would be organised at various stadiums for five days and the closing ceremony would be held on 7th at the Kalinga Stadium.