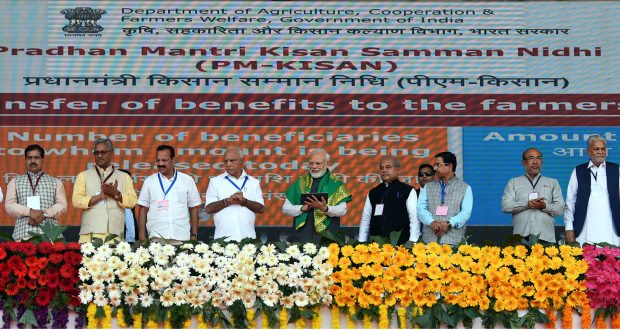 Speaking on the occasion, the Prime Minister said that it is a great privilege for him to see Annadata – our peasant brothers and sisters, in the new year, the beginning of a new decade. On behalf of 130 crore countrymen, the Prime Minister thanked ther country’s farmers for their toil.

Prime Minister said, “Seed hubs have been built to promote pulses production in India, of which more than 30 centers are located in Karnataka, Andhra, Kerala, Tamil Nadu and Telangana itself.” 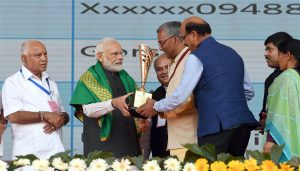 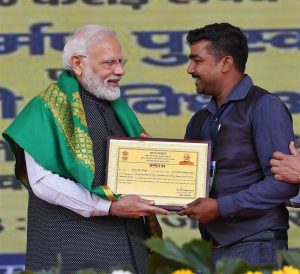 Referring to the Government’s efforts on Fisheries sector, Prime Minister said the government is working at three levels to strengthen the sector.

First – Encouraging fisheries in villages through financial assistance to fishermen.

Second- Modernizing the fishing boats under the Blue Revolution Scheme.

Prime Minister said, “fishermen have been linked to the Kisan Credit Card facility. New fishing harbors are being built in large rivers and in the sea for the convenience of fish farmers. A special fund of Rs 7.50 thousand crore has also been created for modern infrastructure. Fishermen’s boats are being modernized for deep sea fishing and navigation devices are being installed in boats for the protection of fishermen with the help of ISRO.”

Keeping in view the nutritional security of the country, PM requested to create a new category in the Krishi Karman Award, for Nutri Cereals, Horticulture and Organic Agriculture. This will give impetus to people and states doing better work in these areas, he added.