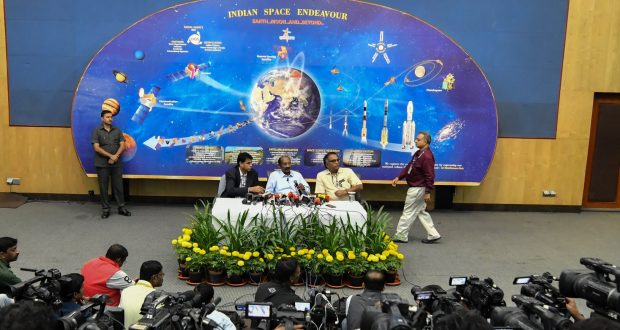 The process of Astronaut selection for the Gaganyaan mission is completed :ISRO Chairman

in National January 1, 2020 Comments Off on The process of Astronaut selection for the Gaganyaan mission is completed :ISRO Chairman 692 Views

On the capacity building front, a second launch port, exclusively for the Small Satellite Launch Vehicle (SSLV), is planned to be established in Thoothukudi district, Tamil Nadu. “Land acquisition activities are presently in progress”, said Dr. Sivan. A second Vehicle Assembly Building in SDSC SHAR Sriharikota was dedicated to the nation during the year for increasing the launch frequency. As part of the enhanced outreach activity, a launch viewing gallery was operationalised in Sriharikota to facilitate viewing of launches live by the public.

In an effort towards horizontal expansion of ISRO, Space Technology Cells, Space Technology Incubation Centres andRegional Academic Centres for Space were established during the year and many more such centres are planned in the future. A special programme for school children called “YuvaVIgyaniKAryakram (YUVIKA)”aimed at imparting basic knowledge on Space Technology, Space Science and Space Applications was also introduced during the last year.

To carry forward the industry production of space systems, ISRO incorporated New Space India Limited (NSIL), under the Department of Space and efforts in realising PSLVs from industry initiated.

Pertaining to future programmes, Dr Sivan said Chandrayaan-3 mission to the moon, comprising a lander and a rover is approved by the Government and activities for its realisation are in progress.

Talking about India’s first human space flight mission Gaganyaan, Dr. Sivan said “We’ve made good progress in the mission. The process of Astronaut selection for the mission is completed”. He further added that four astronauts have been selected, who will undergo extensive training.