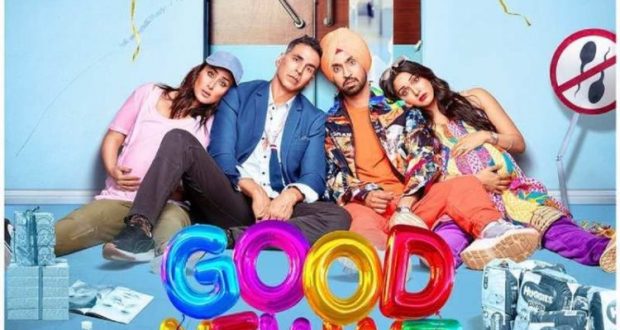 ‘Good Newwz’ has given a perfect ending to the year 2019

NEW DELHI: 1/1/20:Akshay Kumar, Kareena Kapoor Khan, Diljit Dosanjh and Kiara Advani starrer ‘Good Newwz’ has given a perfect ending to the year 2019. Karan Johar produced film is getting love and appreciation from viewers since first day of its release. After collecting Rs. 65.99 crore in first weekend, ‘Good Newwz’ passed the crucial Monday test as well by collecting Rs. 13.41 crore. Whereas, Raj Mehta’s directorial has witnessed a jump on Tuesday and packed a solid punch on the last day (December 31) of the year. 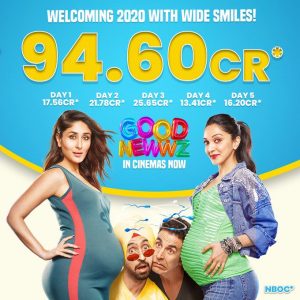