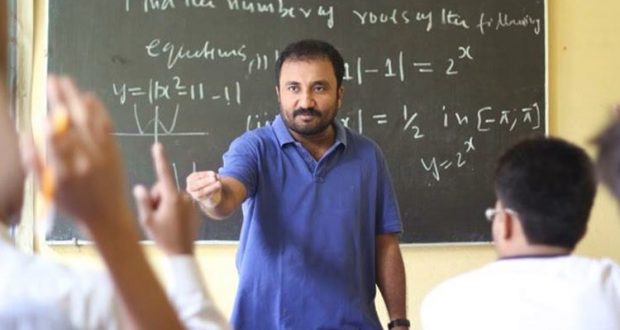 Bhubaneswar:1/1/2020 An initiative by a Bhubaneswar-based organisation to help students from poor financial backgrounds crack the NEET exam for admission to medical colleges has been praised by ‘Super 30’ founder Anand Kumar, who is credited with launching a similar drive around two decades ago.

Kumar recently paid a visit to the Odisha capital and interacted with students of the ‘Zindagi’ programme to encourage the initiative, sources said.

The programme aims at bringing a turnaround in the lives of poor children who due to lack of resources, could not give wings to their dream despite being talented, they said.

The ‘Super 30’ fame mathematician showered accolades on the founder of the Zindagi Foundation, Ajay Bahadur Singh, who like him battled hardship while studying and is empowering children of vegetable sellers, fishermen and marginal farmers to get admitted to premier institutes, they said.

“More Ajay Bahadur Singhs are needed in the society as one Super 30 is not enough to take the huge silent revolution forward with sustained vigour,” Kumar said.

Modelled along the lines of ‘Super 30’, the Bhubaneswar based non-governmental organisation runs a free coaching programme for medical aspirants with weaker financial conditions and also bears their food and lodging expenses.

While Singh’s organisation prepares students for the NEET exam, that of Kumar, which started in 2002 in Patna, trains IIT aspirants to qualify the JEE.

Singh had to quit his studies midway due to his father’s kidney ailment in 1990 that had drained the savings of the family.

He was compelled to sell tea and sherbet to help his family survive.

Kumar also had to forgo an opportunity to study in the prestigious Cambrige University in the UK for want of money.

After his father’s death, Kumar had sold ‘papads’ (thin, crisp and round flatbread) to help his family meet its needs.

Singh thanked Kumar for encouraging the programme by visiting the foundation.

“He (Kumar) gave me the ‘guru mantra’ (advice) to carry forward the work. His words encouraged me and also inspired my pupils to achieve success,” Singh told .

The founder of the Zindagi Foundation had earlier said he was motivated to start the programme after encountering a girl selling garlands outside the Lord Jagannath temple in Puri so she could meet the expenses of her studies.

The ‘Zindagi’ programme has won laurels from actor Hrithik Roshan, who played Kumar in the recently released biopic ‘Super 30’ based on life and achievements of the mathematician.

Launched in 2016, 19 students, both boys and girls from across Odisha, are at present being prepared by the foundation for the exam.

Fourteen of the foundation’s students had cracked the NEET in 2018 and 12 of them got admitted in government medical colleges in Odisha.

They were also hosted by Chief Minister Naveen Patnaik in July last year who appreciated their achievement.

2020-01-01
Editor in chief
Previous: Myth as Continuity: Contemporary Oriya Literature
Next: ‘Good Newwz’ has given a perfect ending to the year 2019