Bank outreach to MSMEs and transmission of rate cuts continues

In order to strengthen the digital payment eco-system and move towards less-cash economy, Hon’ble FM in her budget speech of 2019-20 had, inter alia, announced that business establishments with annual turnover of more than Rs. 50 crore shall offer low cost digital modes of payment ( such as BHIM UPI, UPI QR Code, Aadhaar Pay, Debit Cards, NEFT, RTGS etc.) to their customers, and no charge or Merchant discount rates (MDR) shall be imposed on customers as well as merchants. To facilitate implementation of this announcement, it was decided as under:

With the Essar resolution decision, banks have recovered Rs. 38,896 crore, in addition to Rs. 4.53 lakh crore recovered in the last 4½ years.

PSBs have attached assets worth over Rs. 2.3 lakh crore over the last three financial years and to enable online auction by banks of attached assets transparently and cleanly for improved realisation of value, eBक्रय, a common e-auction platform was  launched today by the Finance Minister. The platform is equipped with property search features and navigational links to all PSB e-auction sites, provides single-window access to information on properties up for e-auction as well as facility for comparison of similar properties, and also contains photographs and videos of uploaded properties. As on 27.12.2019, a total of 35,000 properties had been uploaded on the platform by PSBs.

Having improved asset quality and internal resource generation, PSBs are now fully poised to support prudential credit growth towards a $ 5 trillion economy by 2025.

Bankers were assured that prudent commercial decision-making would be protected.

(a)    CBI would develop a mechanism as recently introduced for income tax notices, so that CBI notices carry a registration number to avoid any scope for unauthorised communication and consequent harassment.

(b)   While pursuing criminal action against those responsible, the agency shall be sensitive to the distinction between genuine commercial failures and culpability. It was also noted that there is need for preserving the value of the business enterprise by treating it on a separate footing from culpability of individuals, if any.

(c)    PSBs may report instances of fraud through e-filing of FIRs on a designated email address of CBI so as to avoid scope of any arbitrage due to information asymmetry.

(d)   CBI would create a dedicated phone number on which any person could give information regarding any undue harassment by the investigative machinery.

Banks were also advised to ensure rigor and adherence to objective standards in selection of forensic auditors and devising objective SOPs for carrying out of forensic audit. To this end, the Indian Banks’ Association was requested to—

(b)     put in place robust arrangements for assessing adherence to standards by forensic auditors; and

(c)      tie up with CBI for training forensic auditors.

PSBs have sanctioned over 11.68 lakh Repo-linked loans to retail borrowers for home/vehicle/education/personal loans and to micro and small enterprises, amounting to Rs. 1.32 lakh crore post Finance Minister’s announcements on 23.8.2019 on measures to boost the economy.

Support to NBFCs and HFCs by PSBs

On 11.12.2019, the Cabinet has approved the recently launched Partial Credit Guarantee Scheme (PCGS) that would now cover NBFCs/HFCs which may have slipped into SMA-0 (up to 30 days overdue) category during the one-year period prior to 1.8.2018, and asset pools rated BBB+ or higher. Under PCGS, Government has already approved issuance of guarantee for buy-outs of NBFC asset pools worth Rs. 4,294 crore from 10 NBFCs/HFCs covering a wide spectrum of entities.

2019-12-28
Editor in chief
Previous: Barsha Priyadarshini will be back on the silver screen with a new Odia movie Queen
Next: Citizenship Amendment Act reiterates India’s commitment to humanity:Yogi Adityanath 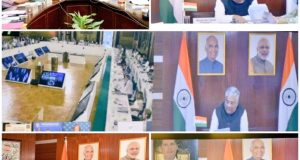 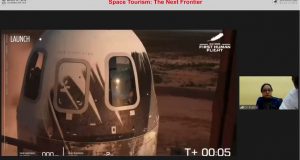 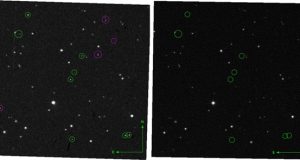