Bhubaneswar: 26/12/19:The State Government has released a list of official holidays of the calendar year 2020 for schools and colleges.

The list released by the Directorate of Secondary Education has a total of 82 holidays for schools. Out of these holidays, festive occasions like Saraswati Puja, Netaji Jayanti, Republic Day, Utkal Dibasa, Independence Day, Teachers’ day, Ganesh Puja, Gandhi Jayanti and Children’s Day would be observed in all the schools.

The schools would have a summer vacation for 38 days from May 6 till June 18, 2020. The Durga Puja would be a nine-day holiday starting from October 22 till 31. From December 25 to 31, all the schools would remain closed for Christmas.

As Republic Day, Nuakhai and Muharram fall on Sundays, these days have not been included in the list of holidays.

Besides, the list of optional holidays to be availed by employees would be prepared by each school as per the Optional Holiday List published by the Government. Similarly, the list of local holidays would also be prepared by each school. Schools have been asked to submit these two lists to their respective District Education Officer (DEO) by January 20, 2020. There would be only two local holidays to be included in the list, said the notification.

Meanwhile, the Government has declared 72 days as holidays for the colleges (both Government, private and autonomous). While the summer vacation in colleges would begin from May 11 till June 6, the Dussehra holidays will be from October 22 till 31.

The college authorities can declare two days as local holidays. In this regard, the college heads would submit a report on local holidays to the Regional Directorate of Education within seven days.

2019-12-26
Editor in chief
Previous: New Delhi-Bhubaneswar Rajdhani Express displaying Odisha’s art, culture and heritage has been flagged off by Union Minister
Next: BJD supremo Naveen Patnaik asserted that his party has now become a people’s movement 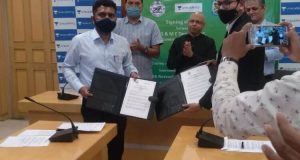 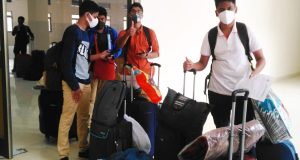