in Entertainment, National December 23, 2019 Comments Off on Amitabh Bachchan to be honoured with 50th Dadasaheb Phalke Award on 29th December 1,018 Views

Speaking on the occasion, the Vice President spoke on how Violence has no place in democracy and that Film makers must make conscious effort to ensure that dialogues, depiction of characters and costumes reflect India’s culture,customs, practices and traditions. He further added that Cinema should also help in strengthening family systems and promoting democratic values.

The Vice President while complementing the film industry expressed how cinemas must be used for social change, “I call upon the film fraternity to curb the depiction of violence, vulgarity and obscenity in view of the huge impact films make on the masses, particularly youngsters. Art speaks a universal language and helps shape social norms”.

Talking about Indian films popularity globally and how cinemas has no geographical or religious boundaries because it speaks a universal language and touches the raw emotions, the Vice President said “Indian films carry an important message to audiences across the world. They convey a glimpse of ‘Indianness’ or ‘Bharatheeyatha’ to the outside world.We need to be effective ambassadors in the world of cultural diplomacy”.

Highlighting that Indian cinemas have gained global popularity and that there is great demand for it, Union Minister for Information &Broadcasting, Shri Prakash Javadekar stated, “Our theatre and our films is our asset, it is our soft power and we must harness to take advantage of this. To ease the process of film shooting permissions and clearances, we have prepared a single window system at Films Division. We are also in the process of implementing this regionally”.

Congratulating the Award winners, Shri Javadekardwelt upon the magical world of cinema and the talent that goes behind creating it, “Film is such an art that as Vishwakarma creates a world, the filmmaker also creates a new world and we immerse ourselves in that world”, stated the Minister. 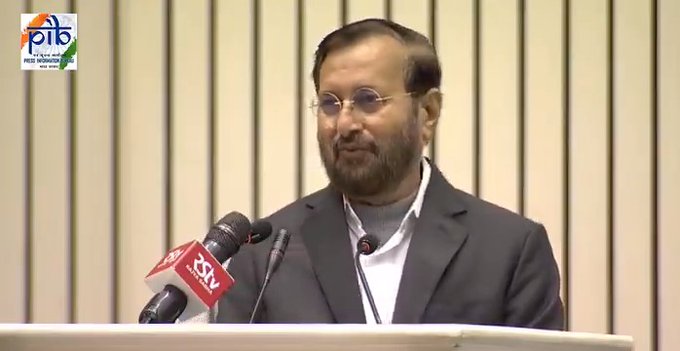 The President of India, Shri Ram NathKovind will host a high–tea for the Award winners on 29th December 2019 at Rashtrapati Bhavan, wherein the great doyen of Indian cinema, Shri Amitabh Bachchan who could not attend today’s function due to ill-health will be presented with the prestigious 50th DadasahebPhalke Award, Indian cinema’s biggest honour in his 50th year in the Indian film industry.