Chennai:30/9/19:Prime Minister Narendra Modi has said, three crucial pillars of tomorrow are innovations, technologies and teamwork. Addressing the convocation ceremony of IIT Madras, in Chennai today, the Prime Minister said India is aspiring to become a five trillion dollar economy and the aspirations of the IIT’ians and the youth will significantly contribute to achieving the target. He said, we have worked to create a robust ecosystem for research and development adding that two hundred start Up’s have been incubated in Madras IIT, which is a proud thing. Mr Modi said India has one of the best ecosystems for the start-up’s. He said Atal Tinkering Centres have been created in several places in India

Prime Minister asked the students to break things down in steps to overcome problems, never stop dreaming and competing with themselves. He asked them to be Mindful of the needs of the motherland. He said serving India also makes a good business sense.

Prime Minister gave away certificates and medals to the toppers of the IIT Madras at its 56th convocation day today. Earlier, Prime Minister participated in the prize distribution function of the second India-Singapore Hackathon held in IIT Madras. He said hackathons help youngsters to find solutions for global problems with innovative ideas. He appealed that best brains in ASEAN countries compete and offer innovative solutions for reducing global warming & climate change. Prime Minister said, in the last year’s hackathon in Singapore, the focus was competition and this time students of both countries worked together to solve problems. He said it can be safely said that we’ve moved from competition to collaboration.

Mr Modi congratulated the participating students of the 36-hour, non-stop, fast-paced Hackathon conducted at the Indian Institute of Technology, Madras. It was held under three broad themes of Good Health and Wellbeing, Quality Education and Affordable and Clean Energy.

2019-09-30
Editor in chief
Previous: Akshaya Chandra Ray – In Memoriam
Next: All the three candidates in fray for the by-poll of the Bijepur Assembly seat filed their nomination papers 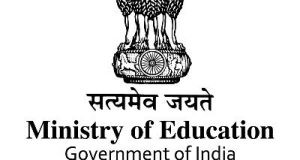