in Uncategorized August 5, 2019 Comments Off on Government of India announced repealing Article 370 which grants special status to Jammu and Kashmir 636 Views

Newdelhi:5/8/19:Government  of India today announced repealing Article 370 which grants special status to Jammu and Kashmir. A resolution in this regard was moved in the Rajya Sabha by Home Minister Amit Shah, amidst Opposition uproar in the Upper House.

Justifying the move to repeal of Article 370, Home Minister Amit Shah said the people of Jammu and Kashmir are not getting any benefits due to it and the politicians are allowing corruption to flourish. He asserted Article 370 never helped Jammu and Kashmir join India and said, Jammu and Kashmir was already a part of India much before Article 370. Mr Shah said, Article 370 was accepted with the idea that it will eventually be removed but no political party had the will to do it.

Opposing the move, Leader of Opposition Ghulam Nabi Azad condemned the act, saying Congress will protect the Constitution at any cost. He accused the BJP of disrespecting the Constitution.

peaking on the bill, Bhupendera Yadav of BJP attacked Congress over the issue of Jammu and Kashmir. He accused the Congress of not doing anything for the development of the state.

On the other hand, protesting against the government decision, NDA ally JD(U) staged a walk out from the Upper House. Meanwhile, members from Congress, DMK and others also protested in the Lok Sabha over the government’s decision on Jammu and Kashmir.

Centre has asked States and Union territories to keep security forces vigilant after decisions relating to Jammu and Kashmir.

Home ministry circular issued to the States and Union Territories says that all efforts should be ensured to maintain law and order situation in the country.

It said, false and sensational news should not be allowed to be spread through social media platforms. Security of the residents of Jammu and Kashmir, especially the students of the State residing across the country should be ensured. 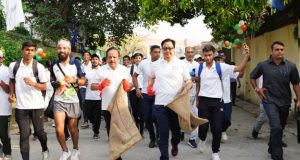 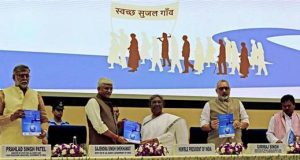 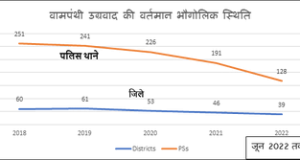