Top Headlines
Home » National » India to be free of Tuberculosis by 2025: PM Modi

India to be free of Tuberculosis by 2025: PM Modi

Newdelhi:16/7/19:Prime Minister Narendra Modi today called upon BJP MPs to take up public work in their constituencies and not just focus on politics. The Prime Minister was addressing party MPs in the Parliament Library Building.

Briefing the media after meeting, Parliamentary Affairs Minister Prahlad Joshi said, the Prime Minister told parliamentarians that they should take up a social cause or an issue of human sensitivity as a mission apart from carrying out their duties as members of Parliament.

He said, Mr Modi spoke about diseases like leprosy and tuberculosis and stressed on the need to eradicate them.

Mr Joshi said, the Prime Minister also noted that India has fixed a deadline of 2025 for eradicating TB against the global deadline of 2030 and asked MPs to work for its removal.

Mr Modi has asked the members to sit with officials and listen to public grievances in their respective constituencies.

Mr. Joshi informed that Prime Minister expressed concerns about the Ministers’ absence from their roster duty in House. He added that MPs were asked to disseminate to the people in their area about the new government schemes, emphasizing that the first impression is the last impression.

During the meeting, Prime Minister Modi, also said that every MP should plan an innovative idea for the people in his area. 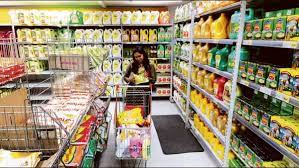