Bhubaneswar, 1st July 2019: On the eve of 4th Anniversary of Digital India, Software Technology Parks of India organized digital shows and a formal talk show among the scribes on 1st July 2019 at STPI and IIT campus, Bhubaneswar for befitting them the growing aspect of digital development in Odisha.

Digital India is a flagship programme of the Government of India with a vision to transform India into a digitally empowered society and knowledge based economy. Digital India was launched by Hon’ble Prime Minister Shri Narendra Modi on 1st July 2015 in order to ensure the government’s services are made available to citizens electronically by improved online infrastructure and by increasing internet connectivity.

Digital India is an umbrella that covers multiple government ministries and departments. It weaves together a large number of ideas and thoughts into a single, comprehensive vision so that each of them can be implemented as part of a large goal. Digital India aims to provide the much needed thrust to the nine pillars of growth namely (1) Broadband highways, (2) Universal access to mobile connectivity, (3) Public internet access programme, (4) e-governance reforming government through technology, (5) e-Kranti- Electronic delivery of services, (6) Information for all, (7) Electronics manufacturing, (8) IT for jobs and (9) Early harvest programmes.

STPI with support from State government has established the first lab in eastern region at Bhubaneswar which is set up with support from FAB Foundation, USA. The Fab Lab (Fabrication Laboratory) is a workshop with a wide spectrum of computer controlled equipments, tools, hardware and software applications with the aim to make almost anything. The Fab Lab can serve different objectives: (i) Rapid prototyping of industrial products and (ii) Low cost and on-demand manufacturing from open source designs for both hobbyist and serious use. The Fab Lab at Bhubaneswar would act as support facility for the maker community comprising of startups, entrepreneurs, corporate, researchers, incubates, research groups, academic institutions and universities across the country and act as a catalyst.

IIT Bhubaneswar is working upon fully digital technology. It conducts research on artificial intelligence to strengthen infrastructure development, delivery of services digitally and to make our citizens literate in digital technology. Now IIT is conducting 10 research projects in support of R&D, Government of India.

Software Technology Parks of India (STPI), under the Ministry of Electronics & Information Technology, Government of India was set up with distinct focus of promoting IT/ITES/ESDM Industries and boosting the export Software and IT services from the country. Over the years STPI has put new milestones in IT exports of the State with around Rs. 4000 Corers of exports from the State. Since inception, STPI being a pioneer in promoting the IT/ITES Industries specially the Start ups, MSMEs & SMEs which has become a catalyst for their sustainable growth. STPI is working in the  forefront  for bringing entrepreneurial  revolution, start-up and innovation  and becomes a  key driver  for several  of  the flagship programs  of Government such as  Digital India & Make in India. At present, STPI has 59 Centers across the country including three STPI centers at Bhubaneswar, Rourkela & Berhampur in the State of Odisha and fourth STPI centre at Balasore is ready for operation. 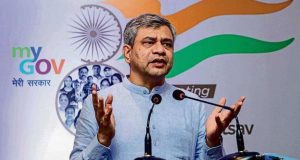 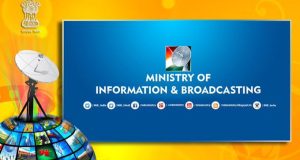 Operational guidelines in respect of ‘License Fee’, ‘Platform Services’ and ‘Sharing of Infrastructure’ for DTH services in India. 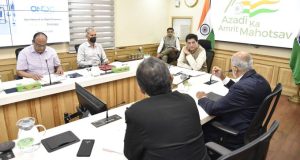