Japan :27/6/19:  Prime Minister Narendra Modi has said, the ties between India and Japan will become stronger in ‘New India’.

Addressing the Indian community in the Japanese city of Kobe this evening, the Prime Minister said, Japan has played an important role in India’s economic development. He said, the ties have become stronger from the time the two countries cooperated to make a car to coming together to manufacture the bullet trains.

Prime Minister Modi said, the bilateral ties are going to become more robust as India aims to become a  5 trillion dollar economy in the next five years. He said, today there is no such part of India where Japan’s projects or investments have not left its mark.

Similarly, talent and manpower of India are contributing to strengthen Japan. He said, in the next 5 years, India will strive to set up 50,000 startups eco-system.

Prime Minister Modi thanked the Indian diaspora for being part of the world’s largest democratic process, which saw the participation of 61 crore voters. He said while several Indians from Japan came to India and worked on the field, many used social media like Twitter to spread the message of the democratic process.

He noted that 61 crore voters, 10 lakh polling stations, over 40 lakh EVMs and more than 8,000 candidates took part in the world’s largest democratic process. He said the number of voters who participated in the Lok Sabha elections exceeded the population of almost all countries, barring China.

Earlier in the day, Prime Minister Narendra Modi held his first bilateral meeting with his Japanese counterpart Shinzo Abe in Osaka ahead of the G-20 summit.

Addressing the meet, Mr Modi expressed his gratitude to his Japanese counterpart Shinzo Abe for the warm welcome the Japanese government have accorded to the Indian delegation.

Addressing the gathering during his bilateral meeting with his Japanese counterpart, Mr Modi said Mr Abe was the first friend who congratulated him after his party won in the general elections. He also congratulated Prime Minister Abe and people of Japan for ushering in a new era in their history.

Mr Modi arrived in Osaka this morning to attend the G20 Summit which will begin tomorrow. He will also hold talks with leaders of major partner countries on the sidelines of the summit. The Prime Minister is scheduled to meet US President Donald Trump tomorrow and discuss important issues of bilateral and global importance.

Prime Minister said, the Osaka Summit will be an important stepping stone for India towards hosting the G-20 Summit in 2022, when the country will usher in a New India in the 75th Anniversary of Independence. The theme of the summit is Human-centred future society. India has participated in all the G20 Summits held so far. It will host the G20 summit in 2022 for the first time.

Former Union Minister Suresh Prabhu, who is the Prime Minister’s Sherpa at the summit said, it provides good opportunities for India to put forward its views on various issues. 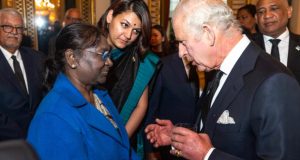 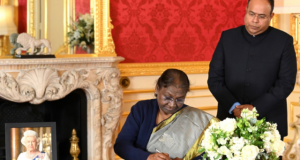 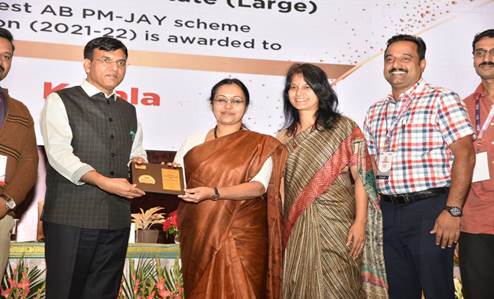