in Literature May 29, 2019 Comments Off on Popular science books serve an important purpose of science communication: Secretary DST 603 Views

The books released were  ‘Voyage to Antarctica’, ‘Story of Consciousness’, ‘An Autobiography of Moon’ and ’Sambhu Nath De – The Discovery of Cholera Toxin’.

Ashutosh Sharma said that popular science books serve an important purpose of science communication. He pointed out that the efforts of Shambhu Nath De in discovering the Cholera Toxin are not known in his own country. The book on Shambhu Nath De may try to change that situation. Prof. Sharma said that the book ‘Voyage to Antarctica’ may serve as one of the authentic books on Antarctica. He said, The book Story of Consciousness explains how human consciousness has evolved over millions of years, marking a paradigm shift in the journey of humankind from the physical to the mental, a shift that would henceforth determine the onward march of civilization. The book, An Autobiography of Moon has a storytelling format, where, the moon is telling its characteristics to the readers.’ The book will be attractive to young readers, said Prof. Sharma.

Addressing the gathering, Director, Vigyan Prasar, Dr. Nakul Parashar said that the primary focus of publication of books is to popularise science communication and take the message of science to the society.

Story of Consciousness book focuses on multiple disciplines like biology, neuroscience, psychology, semiotics, linguistics, philosophy and even theology related to human consciousness. This book is third of the trilogy following Story of Universe and Story of Evolution. This book is basically a story about the evolution of human

An Autobiography of Moon deals with a lot of those secrets like its origin, how it changes its shape daily, why only half of it can be seen, and lots more. Especially discussing all these difficult things in autobiography style will make this book more attractive to young readers.

Shambhu Nath De book is about the great inventor S N De, who contributed a lot to get rid of the cholera epidemic and save our society. Life and works of this great scientist discussed in this book with some unknown side and untold stories. 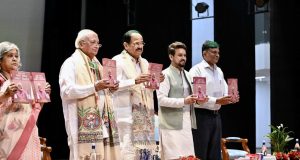 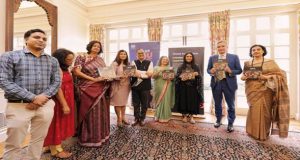 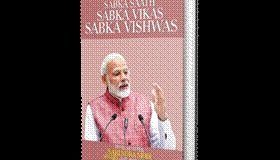