Bhubaneswar: 16/4/19:Amid performances by various folk troupes and shower of flowers Prime Minister Narendra Modi today held roadshow in Bhubaneswar as part of his election campaign.

People gathered in large numbers along the narrow lanes in the heart of the capital city.

It culminated at Baramunda Ground, where Modi addressed a public meeting.

Around 60 platoons of police forces, 150 officers and 12 IPS officers have been deployed for the smooth conduct of the roadshow by the Prime Minister.

The Lok Sabha and Assembly elections are being held simultaneously in the State in four phases on April 11, 18, 23 and 29.

Polling in Bhubaneswar Lok Sabha constituency and seven Assembly segments coming under it will be held in the third phase on April 23.

2019-04-16
Editor in chief
Previous: One day National workshop on Loss and Damage in India
Next: Narendra Modi accused the BJD government for rise in “goonda raj” in the State 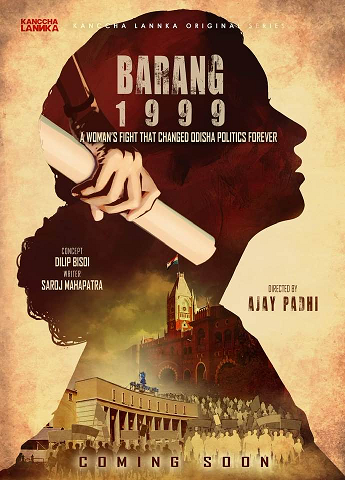 Bhubaneswar26/9/22: Odisha-based OTT platform ‘Kanccha Lannka’ has announced its upcoming web series ‘Barang 1999’ which will reportedly showcase the high-profile sensational case of Anjana Mishra which took place in 1999. The ...