One day National workshop on Loss and Damage in India

Newdelhi:16/4/19:A one-day National Consultation on Loss and Damage, to deliberate and brainstorm on emerging perspectives on approaches to assess, minimise and address climate-related loss and damage, was hosted by the Ministry of Environment, Forest and Climate Change in New Delhi today.

The workshop was inaugurated by Additional Principal Secretary to the Prime Minister, Dr. P. K. Mishra, who mentioned that India has been experiencing weather and climate related loss and damage, the Kerala floods and Ockhi being the rarest of the rare events. Given the evolving scenario, he suggested that the past is no longer a good guide for the future, and therefore such workshops are important.

CEO, NITI Aayog, Shri Amitabh Kant, complimented the Ministry for the unique initiative of organizing the workshop and mentioned that the topic of loss and damage has become a major pillar of international negotiations under UNFCCC and has gained importance since COP 19 held in Warsaw.

Secretary, Environment, Forest and Climate Change Shri C. K. Mishra highlighted that GHG emissions have been talked many times, but the discourse needs to move to critical elements and systematic planning. He urged the global community to come up with a global plan to address the issue loss and damage. He mentioned the Fiji Clearing House on Risk Transfer introduced at UNFCCC COP23, which was the first time when risk transfer and mitigation was discussed internationally. It was brought out that it is not only a Small Island States issue, but also for countries like India which who are at the risk of facing climate induced loss and damage.

Mr. Chad Tudenggongbu, representative from UNFCCC, talked about the global context of the issue of loss and damage, including heat waves, tropical cyclones, salinization, glacial retreat and desertification. He highlighted that the response action for loss and damage often requires multinational arrangements, with enhanced action and support. 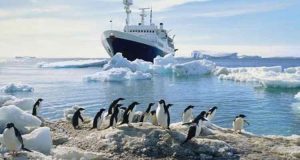 Bhubaneswar: 29/11/21:State level conference of the Chief Vigilance Officers (CVOs) was inaugurated today in State Vigilance Academy by Chief Secretary Suresh Chandra Mahapatra in the presence of Director General of ...