in Education April 15, 2019 Comments Off on OBSERVATION OF INTERNATIONAL SPACE STATION FACILITATED FROM IIT BHUBANESWAR 671 Views

Bhubaneswar :15/4/19 :NISER Astronomy Club in collaboration with Nakshatra, the astronomy society of IIT Bhubaneswar successfully organized a live astronomy session at the MHR Sports ground of IIT Bhubaneswar located in its sprawling campus at Argul.  The aim was to facilitate observation of the transit of the International Space Station (ISS) in front of the Moon (which is a rare event) was successfully captured through one of the five telescopes having an aperture of 11″ as the ISS was passing through Jatni skies. The station was also viewed through the four other telescopes. The station was also viewed through four other telescopes.

Speaking on the occasion, Prof. R.V Rajakumar, said, “Observing through a telescope is an experience that gives a first hand and closer view of the sky and the Universe. The station was also viewed through four other telescopes. I am sure it is going to be informative and knowledgeable session for NISER and IIT students. We look forward to having more of these in coming times and advised the students of IIT and NISER collaborate”

The event was well attended by about 100 students, faculty, staff members and their families between 18:00-20:00 hrs. Mr. Jatin Khare, Secretary Science and technology, Students’ Gymkhana and Dr. Chandrasekhar Bhamidipati, School  of  Basic  Sciences  welcomed  Prof.  R.  V.  Rajakumar,  Director,  IIT BBS personally visited the astronomy camp at MHR ground and shared his knowledge on locating low earth orbit satellites and objects through telescopes.   He emphasised   on   the   importance   of   having   breadth   in Astronomy courses for Engg. and Science Students. He complemented the students of both NISER astronomy club and Nakshatra, IIT Bhubaneswar for successfully arranging viewing of the space station through a Telescope. and curriculum to encourage students to take up astronomy and astrophysics activities in the Institute and praised the NISER Atronomy Club, Nakshatra Astronomy society of IITBBS and the NISER Student body for organising such a nice event. The participants were mesmerized by the beauty of the Craters of the Moon, Sirius Binary Star System, Orion Nebulae and various other astronomical objects gazed through the Telescope.

2019-04-15
Editor in chief
Previous: Shallu Jindal receives Aekalavya Award 2019 at Singapore
Next: Runanubandha – The He Without Him has been officially selected at the prestigious 41st Moscow International Film Festival 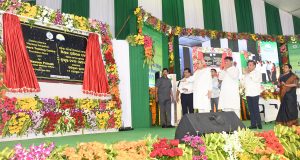 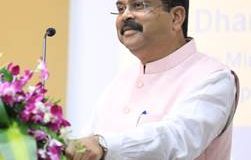