Veteran theater artist Ramachandra Pratihari passed away on 27 th,January, 2019.He was 87.Ramachandra Pratihari was born on 16th,January 1936.For more than five decades, towering theatre personality Ramachandra Pratihari’s permanent address has been the historic Annapurna Rangamancha of Puri rather than nearby Harachandi Sahi where he was born . Such has been his intimate association and commitment to the best known theatre institution in OdishaIt was a compulsion for a male child of any family of the sevayats of the Jagannath temple to join the akhadas (gymnasiums) as per the temple tradition. Thus young Ramachandra was initiated into the akhada at an early age and was there trained in sword fighting to enable him to act in the ritualistic Sahijatra folk theatre festival. He also studied music in his high school days. This early training laid the foundation for his career as an actor, singer, music composer and drama director during the later years of his life.

When he was barely 15, he joined the Utkal Natya Sansad theatre group of Puri as a trainee actor and was groomed there by stalwarts like Balai Chand Banarjee. Five years later, he shifted to Cuttack, then the cultural capital of Odisha, and joined the prestigious Janata Rangamancha as a professional theatre artiste. During his five year stay at Cuttack, he directed several plays in Hindi at Modern Natya Pratisthan and proved his potential as an able director. This success brought him back to his beloved home town of Puri as an acclaimed actor-director for the prestigious Annapura Rangamancha in 1961.

During the next five years, he acted in and directed more than 40 plays including Kalapahada, Buxi Jagabandhu, Kansa Kabataand Badua Jhia – most of which are considered milestones. He also left his indelible imprint on radio plays which were broadcast over All India radio, Cuttack. In addition he has essayed impressive roles in about 20 Odia films including the highly acclaimed movies Nuabou, Bhai Bhauja, Arundhati, Sindura Bindu, Pooja and the Hindi film Char Adhayay directed by Kumar Sahani. Over the years he has been a director-in-demand for several popular opera parties of Odisha such as Sibani Gananatya, Parbati Gananatya and Uttarakula Opera and has dabbled in documentary filmmaking, capturing the cultural canvas of the ancient town of Puri. The veteran actor-director has been rightly had been conferred Jayadev Award for the year 2007 and the Odisha State Film Award for Best Actor for the movie Neela Madhab in 1979, had been bedridden due to health complications. The state government has provided a financial assistance of Rs 1 lakh to the veteran theatre artiste who struggled to arrange money for his treatment. He was a senior servitor of the Lord Jagannath Temple. 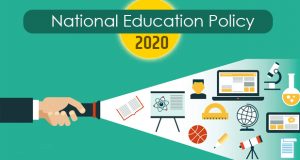 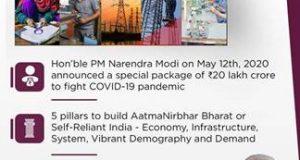 Bhubaneswar:10/8/20: Odisha Lalit Kala Akademi’s highest award in the field of art and sculpture, the ‘Dharmapada award’ was given to seven eminent Odia artists on Monday. The award has been provided ...