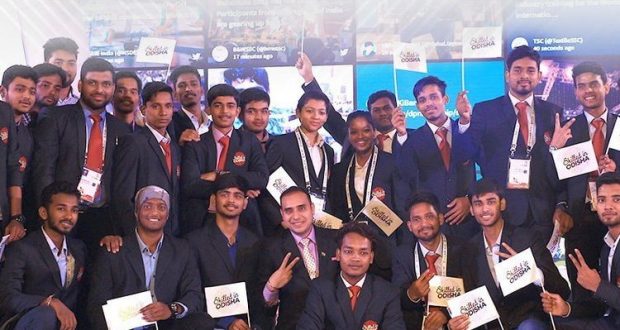 For the first time, 33 young men and women from Odisha, selected through state and regional level skill competitions took part in the prestigious national skill championship. Odisha won a total of 19 medals— 4 gold, 9 silver, and 6 bronze. In addition, the state has also got two medallions of Excellence. Odisha ranked second among all Indian States, behind Maharastra whose medal tally at 20 was just one medal ahead of Odisha.

The winners will undergo training in the best possible places in the country and abroad in their trade and they will compete for selection to the World Skills Competition in Kazan, Russia in August 2019. Two of these champions have also won bronze in World Skills Hi-Tech 2018, held in Russia, as a prelude to World Skills 2019.

On this occasion, the Chief Minister also addressed 216 newly recruited lectures of Government Polytechnics and inspired them to contribute their bit for the mission of “Skilled in Odisha”.

A film on Skills directed by Padmashree Nilmadhav Panda with Sameer Rishu Mohanty and Prakruti Mishra as lead artists was also released. The film will help to showcase the skill ecosystem and attract youth towards ITIs and other vocational and skill development courses.