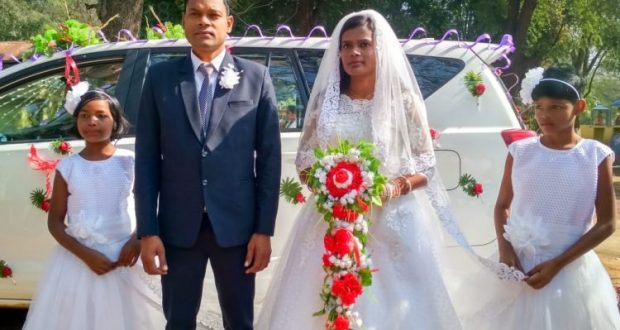 The wedding ceremonies were conducted according to Chirstian rituals and the affair seemed to have been held in private.

While Sunita has been the former captain of the Indian women’s team, her husband Deepak is in service in the police department.

Notably, Sunita, who was born in 1991, made her international debut in 2009. Lakra completed her 100th international match with a match also against New Zeland in 2017. She was also the part of the winning Indian side in the Asian Champions Trophy.

Lakra has headed the team as a captain in the Asian Champions Trophy women’s hockey, which was held at Donghae City, Korea in May 2018, and led the team to a second position.