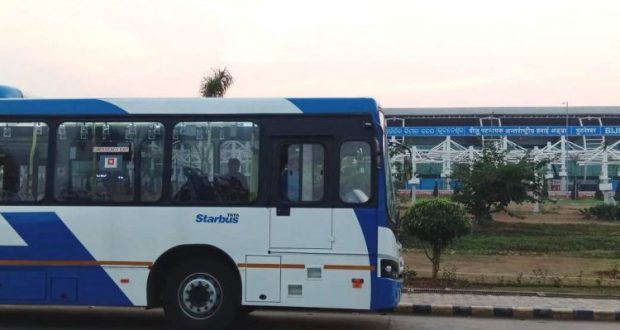 Bhubaneswar:26/12/18: As a perfect New Year gift for the citizens of the Twin Cities, the Capital Region Urban Transport (CRUT) has launched ‘Mo Bus’ service from Bhubaneswar Airport to CDA in Cuttack.

While the bus service starts at 7 am in the morning, the last bus would be available from the two starting points would be till 8 pm at BPIA and 8.20 pm at Biju Patnaik Park, in CDA, respectively. Currently there are 28 buses including 19 air-conditioned and 9 non-AC buses for the route and the number would change as per the requirement from time to time.

2018-12-26
Editor in chief
Previous: BJD Supremo Naveen Patnaik came down heavily on BJP-led NDA Government for its failure to fulfill the promises
Next: National Children’s Science Congress to be in Odisha