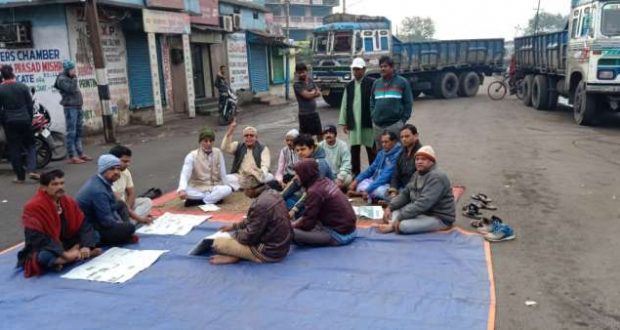 in District Diary December 19, 2018 Comments Off on Normal life was affected in Talcher due to a 12-hour bandh 567 Views

Angul:19/12/18; Normal life was affected in Talcher of Angul district on Wednesday due to a 12-hour bandh called by Talcher Surakshya Samiti over their four-point charter of demands.

Markets, business establishments, educational institutions and government offices have remained closed in the town while the vehicular movement has severely been affected due to the bandh.

However, emergency services including ambulance and healthcare services have been exempted from the purview of the bandh.

The protesters under the aegis of Talcher Surakshya Samiti also staged Rail Roko agitation disrupting train services in the district.

Their demands include filling up doctors’ posts in government hospitals, steps to ensure a pollution-free environment and safe drinking water for residents.

The agitators threatened to intensify their protest if their demands are not met at the earliest.

Police personnel have been deployed in the town to thwart any untoward incident during the protest.

2018-12-19
Editor in chief
Previous: Textiles Minister Gives Away Handicrafts Export Awards
Next: Annual fair for handicrafts and rural products Sisir Saras is all set to begin from January 4