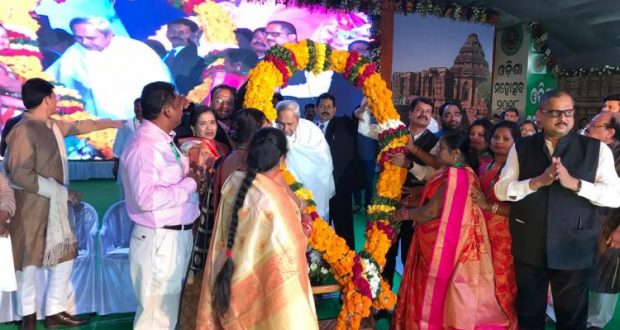 in State News December 18, 2018 Comments Off on Odisha Chief Ministe announced a financial aid of Rs 10 crore for setting up an Odia Cultural Centre at Surat 529 Views

Surat:18/12/18: Chief Minister Naveen Patnaik on Monday announced a financial aid of Rs 10 crore for setting up an Odia Cultural Centre at Surat.

Addressing a gathering during the Odisha Mahostav in Surat, Patnaik said that he has urged Gujarat CM to provide land for setting the Odia cultural centre.

The CM assured the ‘prabashi Odias’ that he has also requested the Centre to run Berhampur-Surat train and direct flight between Bhubaneswar and Surat.

Patnaik also hailed the spirit and skills of the Odia people in Surat their contribution towards the economic progress of both Odisha and Gujarat. He said Odias have carved a distinct identity for themselves across the country through their efficiency and hard work.

Further speaking about the Odisha government’s flagship Biju Swasthya Kalyan Yojana (BSKY), Patnaik said that the Odias residing in Surat can get benefits of the BSKY scheme.

“There is no need for Odias to fulfil APL/BPL criteria to avail the benefits. Under the yojana, medical coverage worth Rs 5 lakh will be provided to each family whereas Rs 7 lakh coverage will be given to women members of the family,” the CM added.

The Odisha CM also paid obeisance to Mahatma Gandhi and demanded inclusion of non-violence in the preamble of Indian constitution.