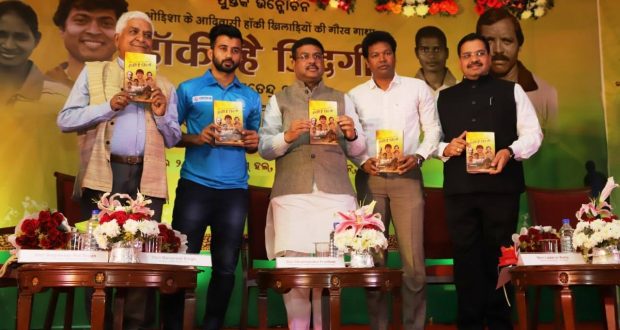 Unveiling the book Union Minister Dharmendra Pradhan said, “Odisha players have special place in world sports arena. They bring proud and glory for India for their dedication and commitment. He also said this is a proud moment for all of us to unveil the book during the Hockey World cup. He advises to translate this book in both Odia and English languages. 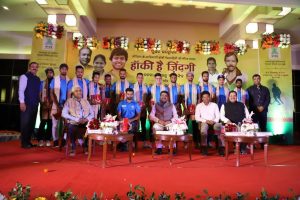 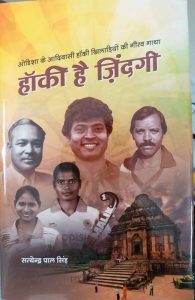 Elaborating the motivation behind writing the book exclusively on Odisha’s Tribal Hockey Players author Satyendar Pal Singh said Odia hockey players are very shy to talk about themselves. They feel why people will talk about us. But after Dillip Tirkey and Lazarus Barla the scenario of Odisha hockey changed he said. I have visited tribal belts of Odisha particularly place like Sundergarh and Rourkela for this book. Through this book, I have made an effort to bring those talents to the limelight and narrated their lives very lively. This book contains interesting stories of many iconic sports talents of Odisha who have registered their claim to fame and yield success with their own efforts though they have struggled a lot since their childhood.

NYCS Chairman, Rajesh Pande said this book will bring the new chapter of Odisha Hockey. NYCS feels the sports talent should be nurtured, sports culture should be developed and promoted widely to bring more laurel to the state and country as well.