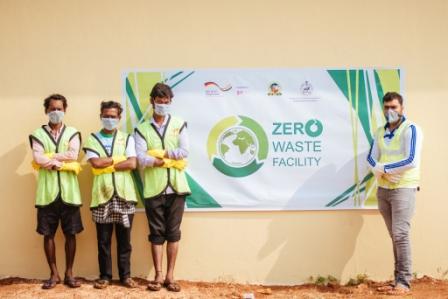 in Sports December 13, 2018 Comments Off on Kalinga Stadium has become a Zero Waste facility 640 Views

Bhubaneswar:13/12/18 Scripting a new chapter in waste management during the Hockey Men’s World Cup, the Kalinga Stadium has become a Zero Waste facility.

The world cup venue became zero waste because of an innovative approach to segregate the waste generated at source and making composting of the biodegradable ones with an ultra-modern facility.

The process, which has been adopted for the first time in the state, has become a pilot to be followed by others as the State would organise many national and international events in days to come.

GIZ (Deutsche Gesellschaft für Internationale Zusammenarbeit), a funding agency from Germany has initiated the project on micro-management of solid waste. Under this project, GIZ supported the Odisha Hockey Men’s World Cup-2018 to make this event as a Zero Waste Event.

2018-12-13
Editor in chief
Previous: odisha Chief Minister felicitated 20 winners of the 12th Edition of Tata Steel’s Young Astronomer
Next: Annual Plus Two examinations in Odisha will begin from March 6