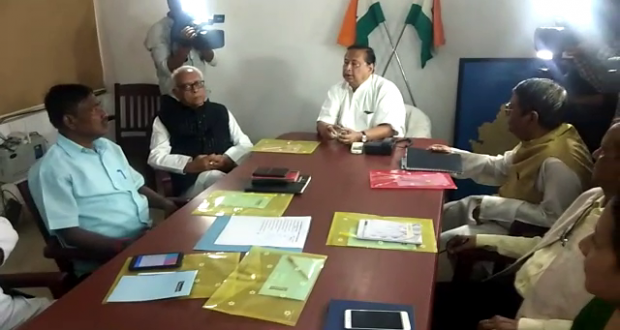 in Politics December 12, 2018 Comments Off on Congress will waive all farm loans and extend financial assistance to farmers if the party comes to power 697 Views

Bhubaneswar:12/12/18: Congress will waive all farm loans and extend financial assistance to farmers in the State for five years if the party comes to power in 2019, said Odisha Pradesh Congress Committee (OPCC) president Niranjan Patnaik after attending the first meeting of the party’s poll manifesto committee here today.

Speaking to mediapersons, Patnaik said waiving of loans will not solve all the problems of farmers. Hence, the party has decided to provide solar pumps to help farmers with irrigation along with financial assistance for five years.

“We would also extend financial support to the farmers continuously for for five years.With irrigation facility round the year, farmers will be able to produce additional crops that would stabilize their financial position. They will not borrow loans further,” said Patnaik.

The PCC Chief also said that the monthly old-age pension will be increased from Rs 300 to Rs 1000 if Congress voted to power in the State in 2019 elections.

On Mahanadi water issue, Patnaik said “Unlike BJD, we would present the grievances on behalf of the State before Chhattisgarh Government and the Centre. A solution would surely come out after that.”