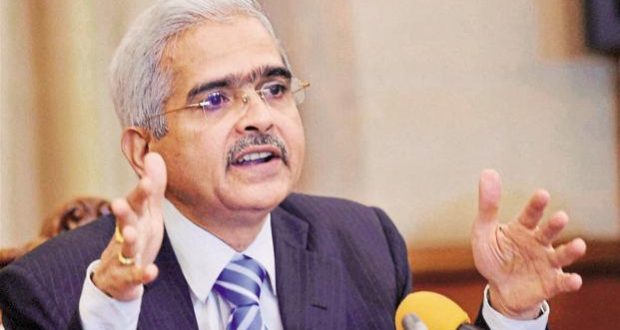 in National December 11, 2018 Comments Off on Shaktikanta Das appointed as the new RBI chief 607 Views

Newdelhi:11/12/18:A day after Urjit Patel resigned as RBI Governor, the government today appointed Shaktikanta Das as the new RBI chief. He is the 25th Governor of the Reserve Bank of India.

A former economic affairs secretary from 2015 to 2017, Das worked closely with the central bank. He is currently a member of the Finance Commission of India, and the government’s representative at the Group of 20 summits.

Modi initially brought Das into the Finance Ministry to head up the revenue department, later moving him to economic affairs, where he helped to spearhead the prime minister’s controversial demonetization drive in 2016.

Das came under fire for his pro-demonetisation stance and he was the most visible and vocal bureaucrat at the time Modi withdrew the high-value bank notes in 2016.

Last year, Das criticised the methodology of global rating agencies and sought a sovereign rating upgrade. Das has worked extensively in the budget division under both Modi’s government and the previous coalition led by the Congress.

Shaktikanta’s appointment comes after the sudden resignation of Urjit Patel as the RBI Governor last evening. Although Urjit Patel cited personal reasons for his resignation, the feud between the central bank and the government was long out in the open.

There has been speculation of his resignation after deputy governor Viral Acharya’s speech last month that sought to defend the autonomy of the RBI and the subsequent differences between the government and the RBI over various issues related to liquidity, credit flow and the controls governing weak banks.