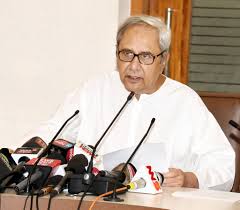 in State News December 11, 2018 Comments Off on Odisha government constituted a seven-member search committee for appointment of Lokayukta 557 Views

Bhubaneswar:11/12/18: Acting on the directive of the Supreme Court for appointment of Lokayukta, the Odisha government on Monday constituted a seven-member search committee.

The committee members were selected at a meeting presided over by Chief Minister Naveen Patnaik at the State Guest House here.

For the post of Lokayukta chairperson, the search committee will select five persons while for the appointment of five members it will select 15 persons and recommend their name to the selection committee.

The Supreme Court on July 10 this year had directed the state government to complete the process for appointment of the Lokayukta within two months.The Lokayukta Bill was passed in the Odisha Assembly on February 14, 2014.