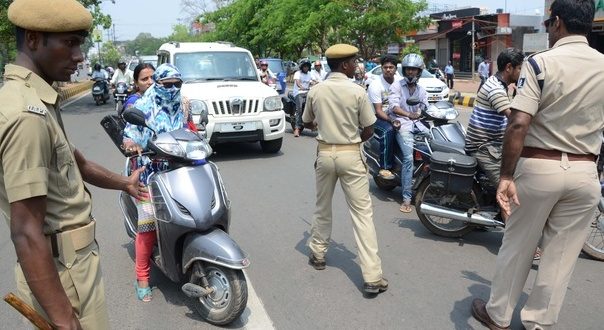 Bhubaneswar:11/12/18:: The Commissionerate Police on Monday launched the e-Challan system for twin city of Bhubaneswar and Cuttack to enable traffic violators to pay their fines through debit or credit cards.

Director General of Police RP Sharma inaugurated the e-Challan system at a function at the Police Commissionerate Headquarters here on Monday.

“Cashless transaction is a convenient mode not only for the offenders to pay their fines through Debit/Credit card but also for the Enforcement officers to collect fines or fees,” Sharma said after launching the system.

“Besides, the e-Challan system will reduce the paperwork to a great extent. It also enhances transparency in the collection of fines and fees. The system will lead to better enforcement of traffic and other regulations under various acts,” he added.

The application system is so designed that the POS machines will generate two electronic money receipt copies (Payer copy and Merchant copy) on payment through the digital mode with all the details.