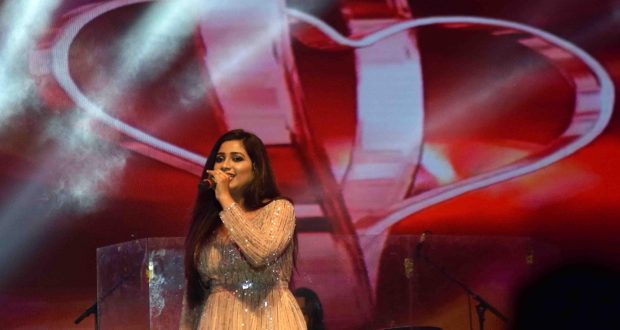 in Entertainment December 9, 2018 Comments Off on Shreya Ghoshal enthrall Audience with her scintillating performance 866 Views

Bhubaneswar :9/12/18: The scintillating performance of Shreya Ghoshal, the songstress known for her soulful playback singing, mesmerised the audience at the .FEST (Bhubaneswar City Festival) on Saturday.

The evening commenced with a brilliant performance by singing sensation from Odisha, Sonam Dash.Today, .FEST drew in a vast crowd of more than 30,000 people from across the city.

Shreya was seen performing some of her famous songs like Jaduhai Nasha, Deewani, Bahara Bahara,Raabta, Pinga, Samjhawan, Nagada amongst many more at her live performance tonight. 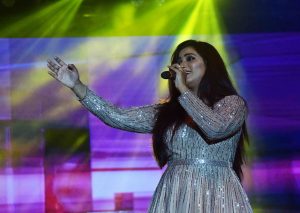 Twirling to each melodious beat, Shreya converted the arena of the festival into an echoing ambience of cheers and claps.

Inviting audiences to join in on her choruses, Shreya left no stone unturned and offered a truly memorable experience for the locals and visitors with her performance.

Fans were thrilled to see their favourite singer perform live in their city. It was a dream come true for many.

Amidst the on-going performances, the third day of BhuFeSto witnessed large crowds again with unique storytelling sessions. Today’s session included one specially designed for the visually challenged which focused on the use of sounds, music, onomatopoeia and sound-scaping.

On Sunday, .FEST is set to wow audiences as the much-loved Shaan will take to stage to perform some of his popular Bollywood hits for the people of Bhubaneswar.

2018-12-09
Editor in chief
Previous: Srikant Jena resigned from all the committees of the Pradesh Congress Committee
Next: Odisha government has effected a major reshuffle in Odisha Administrative Service