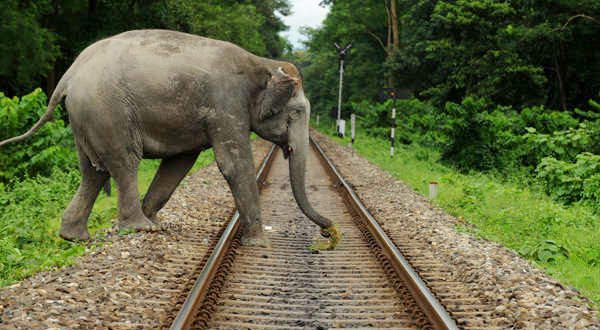 Bhubaneswar7/12/18: In order to curb elephant fatalities on railway tracks, the railways and forest department have decided to install special devices on tracks that would transmit the sound of buzzing bees.

A decision in this effect was taken at a meeting attended by the officials of railways, energy and forest department here on Friday.

The officials widely discussed various techniques to curb the rising incidents of wild elephants being hit by speeding trains and decide to introduce the unique method.

“The new system will be introduced on a pilot basis at Sadashivpur station in Dhenkanal district,” informed Additional Principal Chief Conservator of Forest (PCCF) Sudarshan Panda.

According to the officials, elephants will not come near railway tracks after hearing the sounds of bees and it will curb the deaths of elephants in train accidents.

While the new system will be installed at Sadashivpur railway station in Dhenkanal district on a pilot basis, it will be introduced in other railway tracks in the second phase where the movement of elephants is frequent.

The forest officials of Jharsuguda, Keonjhar and Dhenkanal were asked to identify spots for installation of the machines where the movement of elephants is more, the PCCF said.

2018-12-07
Editor in chief
Previous: Special pilgrimage train for senior citizens has been flagged off from Sambalpur station
Next:  BJD snatches Bijatala seat from BJP