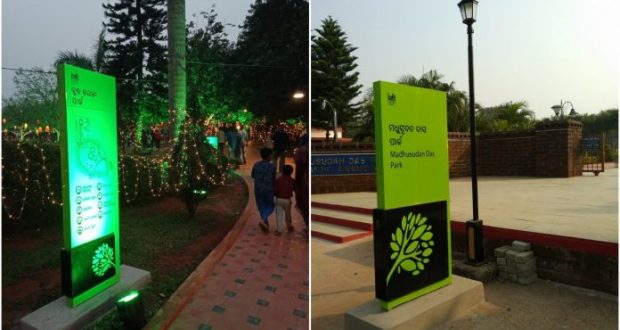 Seven major city parks of BDA have got a new look with meaningfully designed signages.

in Smartcity Bhubaneswar December 7, 2018 Comments Off on Seven major city parks of BDA have got a new look with meaningfully designed signages. 523 Views

Bhubaneswar:7/12/18: Seven major city parks under the Bhubaneswar Development Authority (BDA) have got a new look with meaningfully designed signages.

“The signages in Madhusudan Das Park near Pokhariput have given an international look to our park. I feel proud to be a part of the city, which has changed during the World Cup Hockey,” said Nrupakishore Patnaik, president of Residents Welfare Association, Kalunanda Nagar, Pokhariput.

M. Shantanu, a morning walker at Biju Patnaik Park, said that the signages have given a new perspective to major city parks.