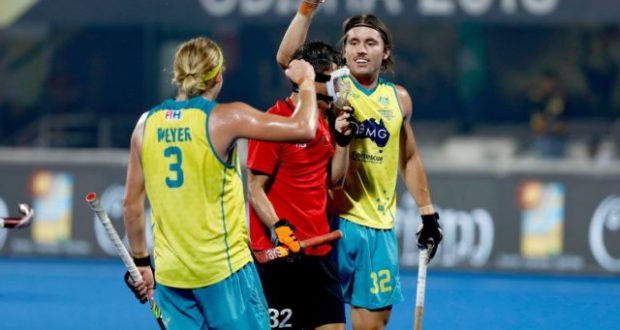 in Sports December 7, 2018 Comments Off on Australia thrash China 11-0 in a Pool B match of the hockey World Cup 666 Views

Bhubaneswar:7/12/18: A brilliant performance saw Australia thrash China 11-0 in a Pool B match of the hockey World Cup here on Friday.

Australia fell short of their own World Cup record of a 12-0 win against South Africa which they set in 2010.

Australia is now sitting at the top of the group with nine points.

Right from the start, the Australians were on the mark and continued to press their opponent’s defence regularly which resulted in their massive win.

2018-12-07
Editor in chief
Previous:  BJD snatches Bijatala seat from BJP
Next: Sanjay Singh has been appointed as Information and Public Relations secretary