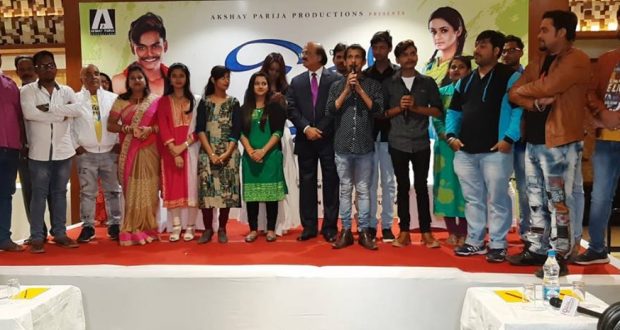 The actor, who had started his career in Odia film industry as a comedian after making debut as the music director in theatre and music videos, will make a comeback with new assignment  as a director and music composer.

This film  is being made under the banner of  Akshay Kumar Parija production.The movie has feature several new faces as well experienced actors.This time, Papu will not be featured as the comedian, but a talented music director.In an announcement ceremony along with producer  Akshay Kumar Parija all the cast and crew of the film was present in city hotel.Papu  remained out of sight in media for over a year due to illness. As he is making Ollywood comeback after a long time, his fans are waiting to feel his presence in the industry as the music director as well as an actor in the comic role.CHIRKUT stars  Arojeet,Ananya,Krupasindhu,Samskriti,Deepak Tripathy,Harsita,Sidarth,Aravind jena,Sonu and Ayushi.

2018-12-05
Editor in chief
Previous: Odisha Student topped the Indian Engineering Services Examination 2018
Next: THE MAGIC OF MANGALAJODI PHOTO EXHIBITION OF AVINASH KHEMKA BY Song of the Wild FROM 7th to 13th DECEMBER