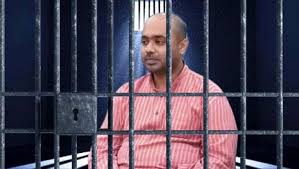 in State News December 5, 2018 Comments Off on Orissa High Court granted bail to Abhijit Iyer Mitra who was arrested for his derogatory remarks on Odisha 512 Views

Cuttack:5/12/18: The Orissa High Court on Wednesday granted bail to research scholar Abhijit Iyer Mitra, who was arrested for his vitriolic and derogatory remarks on Odisha and its culture.

The court, while granting bail to Abhijit in the cases registered against him by Saheed Nagar Police and Konark Police, made it clear that the lower court can lay down the terms and conditions of the bail.

He can now walk out of the Jharpada Jail in Bhubaneswar.

The bail to Abhijit followed the Odisha government’s decision to withdraw all cases against him. “Abhijit Iyer Mitra has made an appeal to the Government of Odessa to consider withholding sanction to prosecute him in certain criminal cases pending against him. He has appealed ‘to accept his apology and contrition’ in having wounded the sentiments of the people of Odisha without intention. He has further mentioned that in consideration of his unconditional apology in having hurt the sentiments of the people of Odisha unintentionally

Senior BJP leader and Rajya Sabha member Subramanian Swamy has lavishly praised Chief Minister Naveen Patnaik and the Odisha Assembly for their magnanimity in withdrawing all cases against Abhijit.