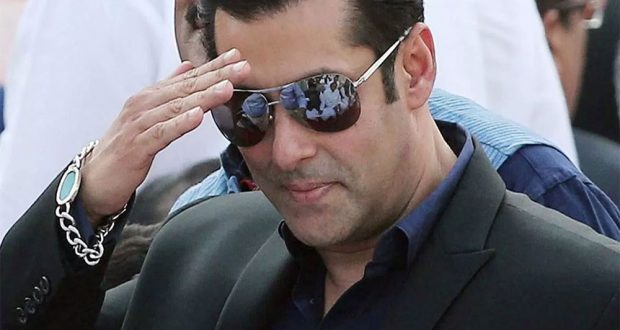 MUMBAI:5/12/18:Bollywood superstar Salman Khan has now become the richest Indian celebrity, according to the 2018 Forbes India Celebrity 100 list.The Race 3 actor has topped in the list for the third consecutive year. Others on the list include cricketer Virat Kohli, Akshay Kumar, and actress Deepika PadukonThe actor’s earnings are pegged at Rs 253.25 crore.  Salman,  maintained the top spot with help of releases in 2017 and 2018 like “Tiger Zinda Hai” and “Race 3”. His earnings were backed by endorsements of several consumer-facing brands, and constitute 8.06 percent of the total earnings — Rs 3,140.25 crore — of the top 100 celebrities for the year, read a statement from Forbes.

A statement disclosed The 2018 Forbes India Celebrity 100 List rankings are based on estimates of entertainment-related earnings of celebrities. The period under consideration is October 1,  2017  to September 30, 2018.Other  chnages  in the list  include,  Indian cricket captain Virat Kohli who jumped one spot to the second rank, while Shah Rukh Khan with mo releases in 2017 dropped down to the 13th rank.

Newly-wed Deepika Padukone broke into the top five on the Forbes India Celebrity 100 list and became the first woman celebrity to find a place in the top five at the 4th rank. Deepika was last seen in the controversial hit release ‘Padmavat’.

Brian Carvalho, Editor, Forbes India, said: “The Celebrity 100 is a definitive barometer of earnings of celebrities. Besides the earnings charts and cover stories on high-fliers like Sachin Tendulkar, Akshay Kumar and Deepika Padukone, we have also covered in the Celebrity 100 Special issue a whole new generation of celebrities

2018-12-05
Editor in chief
Previous: THE MAGIC OF MANGALAJODI PHOTO EXHIBITION OF AVINASH KHEMKA BY Song of the Wild FROM 7th to 13th DECEMBER
Next: Odisha government launched e-challan system in all the 30 districts