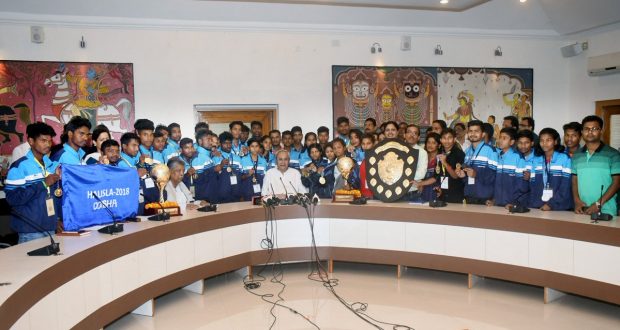 in State News December 3, 2018 Comments Off on Odisha Chief Minister felicitated the participants of Hausla 2018 768 Views

The Odisha CM highly praised the children of CCI’s for performing exceedingly well in various events of and bringing laurels to the state.

Patnaik announced a cash prize of Rs 50000 for the first rank holders and Rs 30000 and Rs 20000 for second and third rank holders respectively.

On the occasion, the chief minister also invited the children to watch a match of the on-going Odisha Men’s Hockey World Cup 2018 at the Kalinga Stadium here. 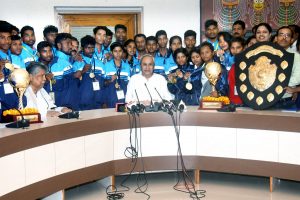 Notably, the National Festival for Children of Child Care Institutions (CCIs) ‘Hausla 2018’ of the Ministry of Women and Child Development (MWCD) was held from November 26 to 29 in New Delhi.

Odisha earned a sum total of 14 gold medals, 4 silver medals and 3 bronze medals in the sports event. With this Odisha topped the medal tally in both men and women field.

Thousands of participants from various states participated in the district, state and national level.

2018-12-03
Editor in chief
Previous: President of India pays floral tributes to Dr Rajendra Prasad on his birth anniversa
Next: Normal life came to a grinding halt due to 24-hour bandh in Balangir