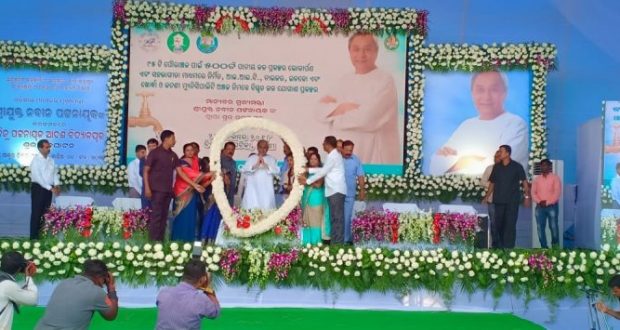 in District Diary December 1, 2018 Comments Off on Odisha Chief Minister inaugurated the Biju Patnaik Adarsha Vidyalaya & laid foundation stones for a slew of projects worth around Rs 300 crore 1,167 Views

The Odisha CM flew from Bhubaneswar in a helicopter and landed in Rangeilunda Block in the district here. Patnaik then inaugurated the Biju Patnaik Adarsha Vidyalaya built in Palur Hills near Konisi.

The recently-inaugurated Adarsha Vidyalaya is situated in Palur Hills area of Mantridi Gram Panchayat under Rangeilunda Block in Ganjam District. The residential school will provide education to 1500 ST & SC Students. 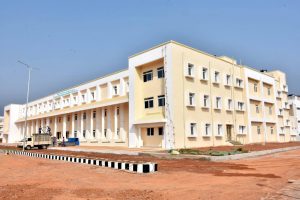 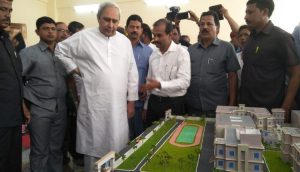 The residential school built over a sprawling area of 7.65 acres has one academic building, one boys’ hostel, one girls’ hostel and 45 staff quarters. It is constructed with a budget of Rs 45 crore.

Notably, the Chief Minister had laid the foundation stone for the said building on June 11, 2016. The project has been executed by Engineers Project India Limited (EPIL), a PSU of Ministry of Heavy Industries and Public Enterprises, Government of India.

Patnaik also laid the foundation stone for 1000 seated OBC hostel for boys and girls (500 seated each) and a 200 seated Minority hostel under the aegis of Odisha Government’s ST & SC Development Department at Karapalli village near Berhampur University.

It is proposed to construct above four nos of Hostel for OBC & Minority Post-Matric students at Karapalli village near Berhampur University. It will provide residential education to 1200 boys and girls of the above community aspiring to pursue their Post-Matric education in and around Berhampur.

The estimated cost of the project is Rs 18 crore and it is also being executed by EPIL.The Chief Minister also inaugurated the new HRD Centre building, extension of Library building, new Academic Block of Berhampur University and various developmental projects under Gopalpur Assembly constituency. Later he addressed a gathering there.