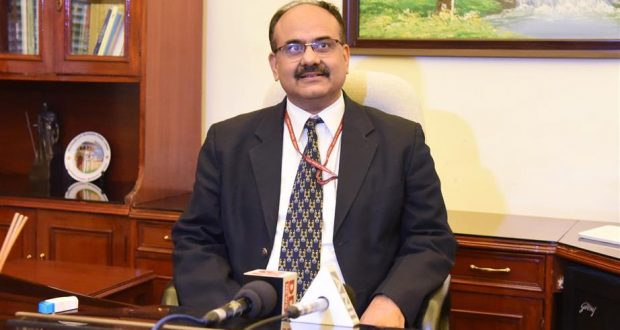 Newdelhi:30/11/18:Dr. Ajay Bhushan Pandey (IAS: MH 1984) took over as the Union Revenue Secretary upon superannuation of Dr Hasmukh Adhia here today. Outgoing Finance Secretary & Revenue Secretary, Dr Hasmukh Adhia welcomed Dr Pandey in his office. A Maharashtra cadre officer, Dr. Pandey will continue to head the Unique Identification authority of India (UIDAI) as its CEO and will also hold his position as the Chairman of GSTN.

An Indian Administrative Service officer with over 34 years of experience in State and Central Governments, he had a remarkable stint of more than 8 years in UIDAI where he played a key role in establishing and steering Aadhaar across the country and drafting the historic Aadhaar legislation for providing statutory basis to Aadhaar. He also successfully explained Aadhaar and its benefits and the underlying technology to the 5-judge Constitution bench in the Supreme Court through his two-day long power point presentation in the open court room which helped the Government in successfully defending the Aadhaar case against 37 petitions. He was also instrumental in scaling up Aadhaar in delivery of government subsidies and benefits which led to savings of more than Rs 90,000 Crore during the last three years by eliminating ghosts and duplicates and ensuring that the benefits reach the real and deserving beneficiaries. It is under his steering that Aadhaar has earned worldwide acclaim. 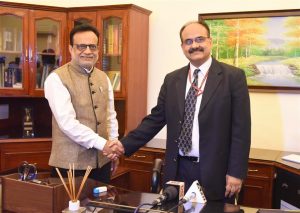 Prior to joining UIDAI in 2010, he played an important role in reforming power distribution system as Managing Director of Maharashtra State Electricity Distribution Company where he brought down transmission and distribution losses remarkably and helped the state in tiding over massive power shortage. Also, during his tenure as Principal Secretary, Information Technology in Maharashtra, he contributed significantly in driving many key e-Governance projects. Early in his career, he had also headed Enforcement Division of Maharashtra Sales Tax department.

Later speaking to the media, Dr. Pandey said that his priorities among others would be to help government improve Tax–GDP ratio, enhance tax compliance through integration of technology, stabilize the implementation of GST, bring transparency and simplification of laws and procedures for better tax administration and ease of business. He would welcome any suggestions from public regarding direct and indirect tax reforms as this would help to get feedback and pave the way for providing better incentives and services to the tax payers.

2018-11-30
Ashok Palit
Previous: Yojana issue on ‘Digital India’ released
Next: Dharmendra Pradhan says that the Government has brought about paradigm shift in the healthcare sector 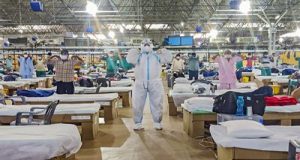 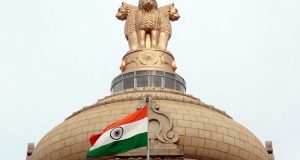 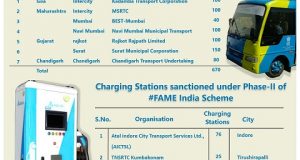