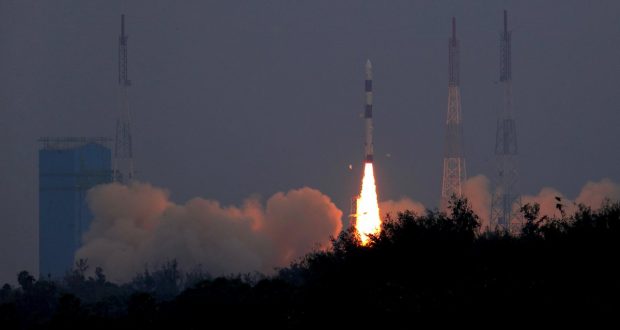 Sriharikota:29/11/18: The Indian Space Research Organisation launched its workhouse rocket PSLV-C43 carrying India’s earth observation satellite and 30 other satellites, including 23 from the United States, from Satish Dhawan Space Centre in Sriharikota on Thursday.Taking to its Twitter handle, the PSLVC-43 has successfully injected HysIS into sun-synchronous polar orbit.The HysIS satellite will take photographs of planet Earth in multiple frequencies with a mission life of over five years. It can provide universal coverage and give valuable data on agriculture, forestry, geological environments, coastal zones, and inland waters. 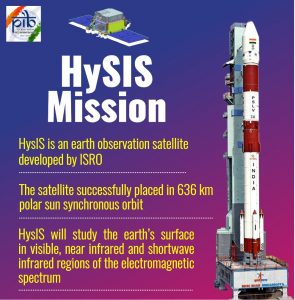 The total weight of 30 co-passenger satellites is 261.5 kg. All these satellites will be placed in a 504 km orbit by PSLV-C43. These satellites have been commercially contracted for launch through Antrix Corporation Limited, the commercial arm of ISRO. The satellite is built around ISRO Mini Satellite-2 (IMS-2) bus and the mass of the spacecraft is about 380 kg. The satellite will be placed in 636 km polar sun synchronous orbit with an inclination of 97.957 degrees. Apart from the HysIS, 30 other co-passenger satellites from eight countries were also launched. The countries are the US (23 satellites), Australia, Canada, Columbia, Finland, Malaysia, Netherlands and Spain (one satellite each