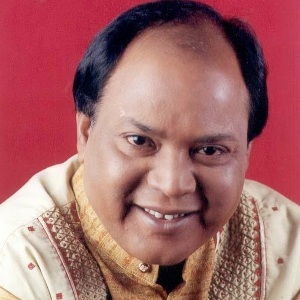 Mumbai:27/11/18: Legendary Bollywood singer Mohammad Aziz, who has also rendered his voice for many Odia bhajans and modern songs, died on Tuesday following a cardiac arrest. He was 64.The legendary singer breathed his last in Nanavati Hospital. Aziz saab has been a big fan of Mohammad Rafi. He started his career in Kolkata and later moved to Mumbai. The first film he did was the Bengali film Jyoti. He later moved to Mumbai in 1984 and his first Hindi film was Amber. He has sung some of the biggest hits of the 80s and early 90s.

He was born on July 2, 1954, in Ashok Nagar in West Bengal. His song ‘Aap Ke Aa Jane Se’ from movie Khudgarz was a huge hit among the people.

His secretary Bablu told that his program on Monday night was in Kolkata. On Tuesday afternoon, when he arrived at the Mumbai airport, his health worsened.

After sitting in the cab, he told the driver I am not feeling well. Then they were taken to Nanavati Hospital where doctors told them they had come to a heart attack and they were declared dead.

Aziz, who rendered his voice for many Odia bhajans and modern songs, died at Nanavati Hospital in Mumbai following a cardiac arrest. He was 64.

Taking to microblogging site Twitter, the Chief Minister wrote, “Saddened by the passing away of legendary Bollywood playback singer #MohammedAziz. His mellifluous voice will always remain etched in millions of music lovers’ heart. May his soul rest in peace.”