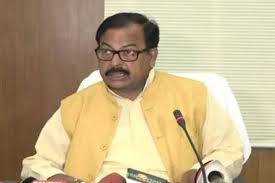 in State News November 26, 2018 Comments Off on Odisha Government has revised the extended timing for liquor sale in the city during the Hockey World Cup 529 Views

Clarifying about the decision, Minister Behera said, “Only hotels and bars in Bhubaneswar will be allowed to serve liquor till 1.30 am during the sporting event. The decision of allowing liquor ‘ON’ shops to remain open till 1.30 am was unintentional and it has been revised.”

The decision has been taken in view of the arrival of the international players, guests and officials who will be staying in Bhubaneswar for the duration of Hockey World Cup.

On November 22, the State Government had extended the hours for sale and purchase of liquor in Bhubaneswar by amending the Odisha Excise Rules, 2017.

As per a notification released by the Excise Department, these rules may be called the Odisha Excise (Amendment) Rules, 2018.

2018-11-26
Editor in chief
Previous: Odisha Chief Minister launched the ‘Mo Cycle’ service in Bhubaneswar
Next: Naveen Patnaik joined the skippers of all 16 Hockey World Cup teams participating in the tournament for a photo shoot.