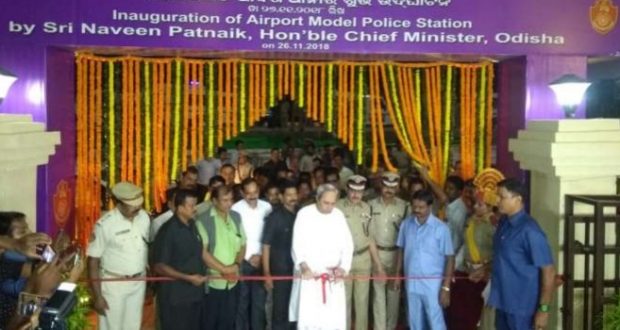 While the Chief Minister attended the function and formally inaugurated the Airport Model Police Station in Bhubaneswar, 34 other model police stations, one in each district, were inaugurated by him through video conferencing from the Secretariat here.

Additional vehicles have been provided to the Model Police Stations to improve mobility and efficiency. The CM interacted with people present in seven Model Police Stations such as Similiguda of Koraput district, Bada Bazar P.S. of Berhampur, Nalco P.S. of Angul, Puri Town P.S. of Puri, Sahadevkhunta P.S. of Balasore, Khetarajpur P.S. of Sambalpur and Plant site P.S. of Roukela Districts.

During the interaction, people overwhelmingly expressed their happiness and gratitude to Chief Minister for having introduced the concept of Model Police Station which will be people friendly and prompt in redressal of public grievance.

2018-11-26
Editor in chief
Previous: Mo Cycle, a public bicycle sharing service turned out to be a big draw among youngsters.
Next: Legendary Bollywood singer Mohammad Aziz passes away